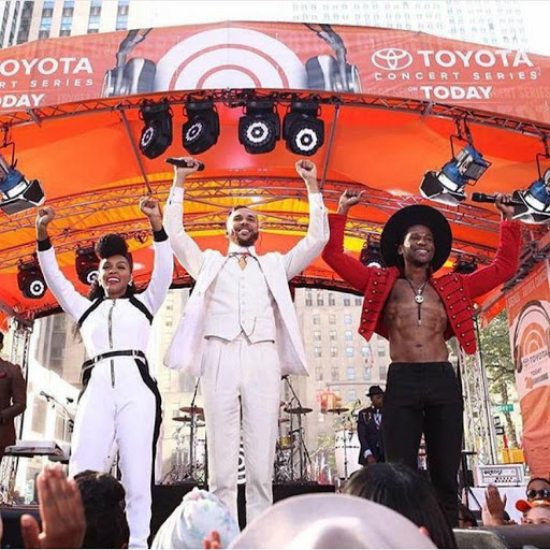 It seems like the rest of the world is finally catching up with the eclectic awesomeness of Janelle Monáe. The artist stopped by TODAY to promote the release of The Eephus project and give the world a taste of what they can expect from the six song EP. However, what no one could have prepared for is the impassioned performances by Janelle and her Wondaland clique. Performing "Tightrope," "Yoga" and "Classic Man," the crew had everyone in the audience singing and bopping their heads along.

Opening with "Tightrope," Janelle wowed the audience with a rocking performance of her now classic song. And, because this was a live performance, Janelle couldn't just give us a carbon copy of the song on the album. Janelle gave us just a little bit of James Brown in her show, complete with a black cape, and then she took us to church with a gospel-inspired breakdown. Not giving the audience time to catch their breath, Janelle next launched into the current single, "Yoga," giving us a little nae nae and body roll action. Finally, Jidenna and Roman GianArthur ended the three-song set with the unofficial song of the summer, "Classic Man," giving us grown man swag for days.

If you would like to catch a live performance by the Wondaland Records crew in a city near you, the group is currently on The Eephus Tour with secret shows all over the country to promote the album. For those of us who may not be able to catch a performance in person, you can always check them out on Yahoo! Live on August 24th.