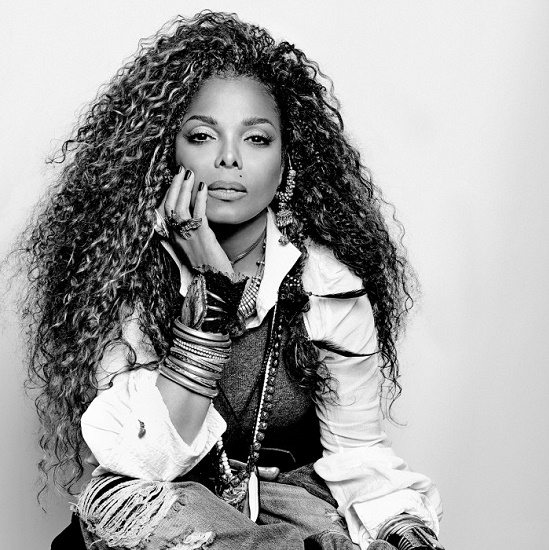 It's an exciting time to be a Janet Jackson fan. With less than two weeks until opening night of her Unbreakable World Tour, Janet continues to roll full steam ahead with her ingenious comeback strategy.

In the latest step back into the spotlight, Janet released two major tidbits from her camp. First was this morning's tweet, sent at 6 a.m. Eastern time, which served double duty. In it, she revealed a snippet of another new song (making it the third bit of music we've heard from the upcoming project) entitled "The Great Forever." Based on the all-too-short 30 seconds that she gave the public and the snapshot of the song's lyrics, it's a pulsing pop number on which Janet is telling folks to mind theirs as she goes for hers. The snippet tells a lot, but it's the snapshot that proves to be the most revealing, as written just below the song's title and list of writers is "From 'Unbreakable.'" And just like that, we have the official name of Janet's new album.

As if that weren't enough, those who woke up early enough to catch this morning's edition of Good Morning America also got a special Janet treat. The show aired a three-minute segment which took viewers behind the scenes of the album cover shoot, which was lensed by fashion photographer and America's Next Top Model regular Yu Tsai. You can read all about it here. As well, you can preview "The Great Forever" by clicking the link in the tweet below. We don't know about you, but we're looking forward to Unbreakable even more now.