JoJo Prepares For Her Big Return With A ‘Tringle’ 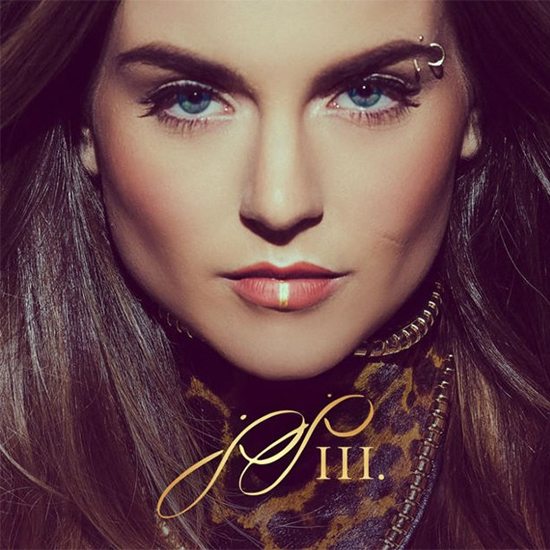 Massachusetts-bred songbird JoJo has been through hell and high water since she first jumped into the music industry at the tender age of 13, but the beloved “Demonstrate” singer is continuing to prove that she has staying power, faith and drive beyond belief. Other than a few leaks here and there, JoJo has been quiet since announcing her new deal with Atlantic Records and releasing #LoveJo, but it looks like this year we might actually see the release of her third studio album. After teasing fans and listeners for the past few weeks, she surprised us all with what she’s calling a “tringle” today. No, it’s not an EP. No, it’s not a single. It’s actually three brand spankin’ new singles. While we must admit that the “tringle” of it all is a bit corny, we can’t help but send up a genuine praise that we now have not one, not two, but three new records from our girl Jo.

“Say Love” kicks things off and finds her teaming up with Harmony Samuels for a powerful ballad seemingly built for the soundtrack of your favorite primetime TV drama. She’s singing her heart out as she tries to get to the heart of the matter and resuscitate her dying relationship. “’Cause where I wanna be is far a part from where we are,” she sings, as only she can. While her vocal styling hasn’t changed, other than getting stronger, the foundation of each of these tracks is definitely more pop than most of her past material. “Save My Soul” and “When Love Hurts” both sound like something that you would hear while scanning through the finest of over-priced hipster threads at Urban Outfitters. But even with these new soundscapes JoJo sounds absolutely fantastic. With producers like The Family, Benny Blanco and Jason Evigan by her side for these two numbers, we can only hope that JoJo finds herself on the top of the Billboard charts before this year comes to a close.

Get into “Say Love,” “Save My Soul” and “When Love Hurts,” and prepare yourself for everything that JoJo has in the works as she continues to hit the studio with the likes of MNEK, Diane Warren and Pharrell Williams to finish up this album and begins working on music videos for this tringle.