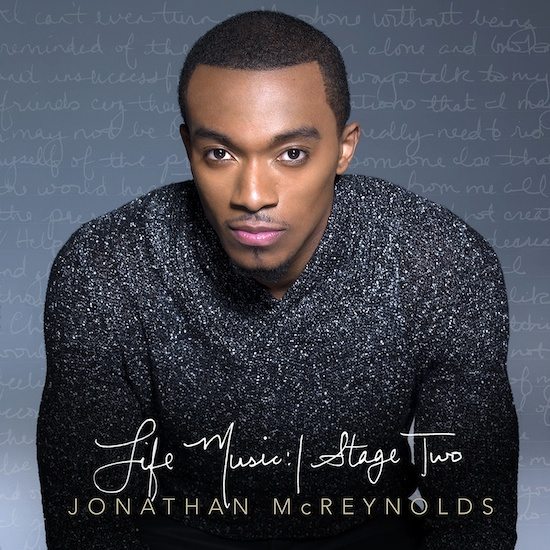 Dove Award nominee Jonathan McReynolds is having an incredible week. On Monday he released “Maintain” featuring Chantae Cann, via the third music video from his forthcoming album, Life Music: Stage Two. Fans barely had time to collect themselves before he released “Whole,” a duet with soulbird India.Arie from the same project on the same day.

“Maintain” features the amazingly talented Cann, one of India’s background singers, on the track and in the video. A casual unplugged vibe is the visual backdrop for the song’s impassioned lyrical prayer, “Help me maintain, help me maintain.” The camera pans the room capturing candid scenes of musicians playing instruments and friends sitting on the floor or perched on stools. Each one is lost in their respective thoughts, yet united as a collective sweet fragrance of worship, offering up a resonating, soul-stirring praise. With eyes closed and hands raised, bodies sway gently as the music builds and then serenely tappers off with the final, heartfelt pleas from McReynolds and Cann.

As we fall gently back to earth, Jonathan and India.Arie take our spirits soaring again with “Whole.” This upbeat ditty is two parts incredible vocals from McReynolds with a generous portion of quintessential India.Arie. The collision of these two incredible voices was heaven sent and likely prayed for by fans after their outstanding performance on BET’s Celebration of Gospel in 2014. McReynolds and Arie’s burden-lifting blended harmonies on “Whole” are akin to what we can only imagine is the sound of angels singing in heaven. These complementary voices raised in melodic praise will have your fingers drumming on table tops and feet tapping as you sing along, “You make me whole.”

If these new songs are any indication, Jonathan McReynolds' sophomore album is going to be a must own. Life Music: Stage Two will be released on September 18th, and it's available for pre-order on iTunes now. For more McReynolds this week, catch him on REVOLT Live on Thursday and McDonalds' 365Black Awards on Sunday, August 23rd on BET.