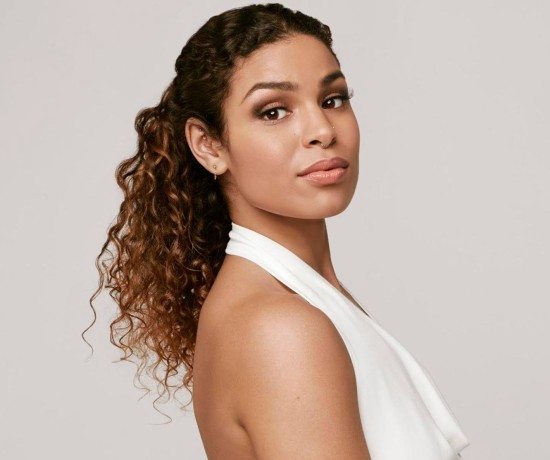 As the release date for Right Here Right Now draws near, Jordin Sparks remains a woman on a mission. Having already supplied several album previews, she recently doubled down on her promotional efforts, releasing a new single and premiering a new video on the same day. While she had previously hinted about the new track, the video was a pleasant surprise for her loyal fanbase.

When we last saw Jordin, she was getting hot and steamy in the dessert for the album's title track. And though the video for her tender ballad "They Don't Give" finds her surrounded by sand once again (at the beach this time), but there's a lot less going on this time around. The simple visuals focus on close-ups of the singer as she convincingly portrays her devotion to her relationship and her ambivalence towards unsupportive peeps. To further drive the "don't let them hate" point home, the video also features a pair of interracial couples. We'll let you decide whether or not she's sending a message about about her current #Baemaxx, Sage the Gemini.

Keeping along with the album's relationship themes, Jordin picks up the tempo with "Work From Home," a snappy track featuring a salaciously tongue-in-cheek assist from B.o.B. The singer explains that the song's underlying theme “is about when you are excited about a relationship...And how when that particular person comes home, you wanna do whatever you can to make that person happy and comfortable because that makes you happy.”

Check out the new video and the new song below, then head over to iTunes where you can pre-order Right Here Right Now along with immediate downloads of six tracks. Jordin has been keeping her promise to release a new song every Friday until the official release on August 21st, so be sure to follow her on social media or Spotify for the next preview.