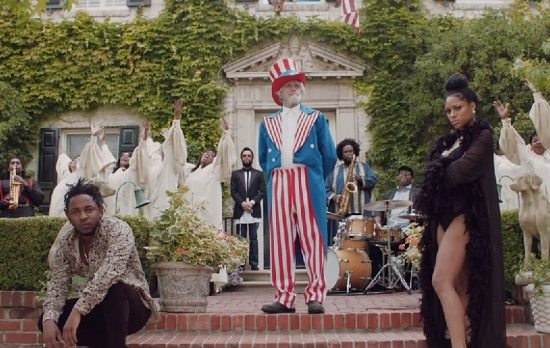 Nearly five months on (and eight months into the year) Kendrick Lamar's To Pimp A Butterfly is still hands down one of the best releases of 2015. It's also spawned some of the best and most creative visuals we've seen in a long time. After the defiant and celebratory "King Kunta" and the amazing clip for "Alright," K. Dot returns with an unexpected clip for one of the album's interlude "For Free?," and it's definitely one you want to watch.

Taking a page out of satirist Ishmael Reed's playbook, "For Free?" is an absurd and hilarious send up of hip hop culture, capitalism and America. The video takes place in what looks like a big plantation house as a big-bootied vixen strolls around in lingerie while accosting Kendrick over the phone. But soon, Kendrick appears out of nowhere and hounds her around the house while spitting a poetry slam-inspired verse. As the clip rolls on, we see him in various forms, exposing himself in a bathrobe, dressed up as Uncle Sam and even appearing as a small army of him. But it's not just about Kendrick, as we also get brief appearances from his collaborators, including Terrace Martin and Kamasi Washington as well.

Get ready to have your funny bone tickled and your thoughts provoked when you check out "For Free?" below. 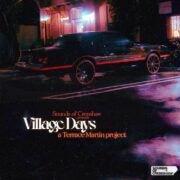