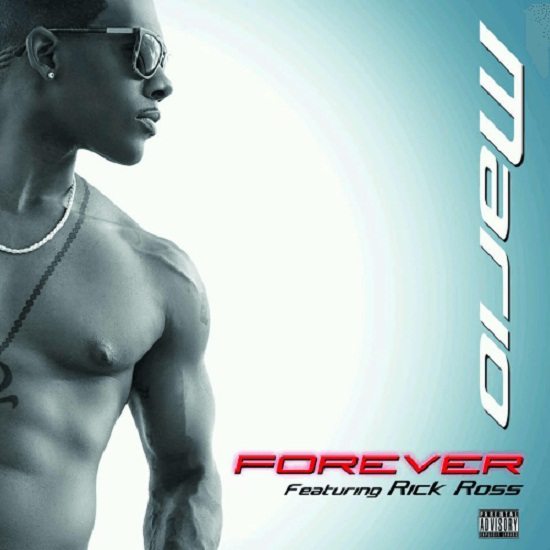 Mario's had has share of starts and stops on his way to a comeback as of late. But, finally, it looks like the R&B heartthrob is finally making some headway. He's been in the studio working on his new album, Never 2 Late, with none other than Scott Storch. The set, which will be the singer's first in six years, looks to be an interesting return, and Mario's introducing it to the masses with lead single "Forever."

The production is an interesting juxtaposition, with a trunk-bumping beat paired with soft guitar and strings and tempered with a bit of programmed hi-hat for good measure. Likewise, Mario's soft, tender tenor is paired with the gruff, matter-of-fact tones of Rick Ross, who opens the song with an introductory verse (which, surprisingly, kinda stays on the subject with the song). The combinations work mostly, with the tune sounding nice enough to nod your head to. However, it all comes off a bit too safe. That's mainly because the production is a bit dated which, even if Mario's promises of forever are what the ladies want to hear, causes the song to sound a bit boring. It's a bit disappointing, especially since one of Mario's biggest hits, "Let Me Love You," came from a pairing with Storch. That being said, we do hope that the singer has something a little stronger in store when the project finally arrives.

Take a listen below and see if you agree.


TAGS:  "rick ross, audio, mario, scott storch
Previous: Christian Rich Shows Us The Art Of ‘Compromise’ Next: ‘Don’t Go’ Another Day Without Reece On Your Playlist