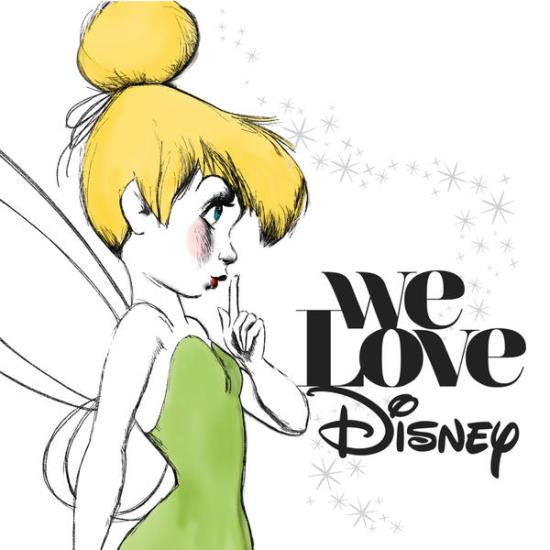 Every few years, some Hollywood or studio exec gets the bright idea to create an updated version of some of our childhood favorite TV shows, movies and music. While some attempts fall flat, there are dazzling moments when they get it right. Family entertainment titan Disney is hoping for the latter with their latest incarnation of We Love Disney.

Under the production of mega hit-maker David Foster, the compilation is a reimagining of fifteen Disney classics (mostly from the '80s and '90s) and features a diverse group of artists, including Jhené Aiko, Jessie J, Tori Kelly, Gwen Stefani, Ne-Yo, Jason Derulo, Ariana Grande and Fall Out Boy. With highlights from Mary Poppins all the way down to Frozen, there's definitely a little something for everyone. Foster reveals, “In choosing the artists to appear on We Love Disney, we tried to cover the whole spectrum. I wanted great singers. That’s always been my mandate. We set the bar high and everyone who came in absolutely killed it. The vocals on this album are spectacular.”

Try to curb your enthusiasm as you watch the short album teaser below. Afterwards, get your nostalgic fix and make your inner kid happy by listening to Ne-Yo's version of "Friend Like Me" (originally sung by the late Robin Williams) from Aladdin. Then check out the tracklisting and head to iTunes to pre-order the album as an early Christmas present for the kids in your life.