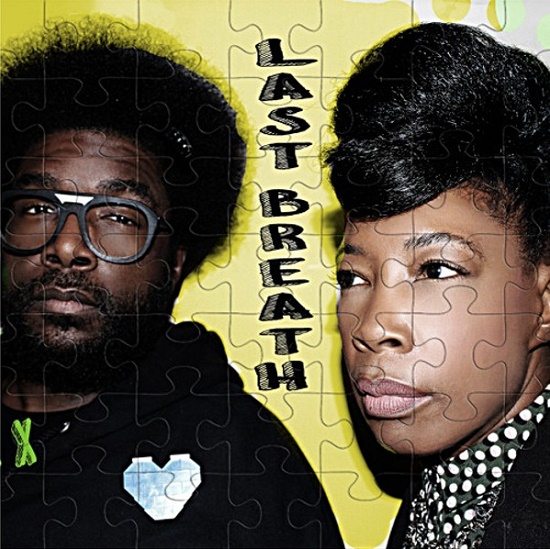 Donn T might have a more famous sibling in her brother Questlove, but that doesn't mean that her talent isn't noteworthy on its own. Questlove gives his sister some mainstream shine any chance he gets, even recently having the talented songbird sit in with him and The Roots on a recent episode of The Tonight Show Starring Jimmy Fallon. He also showed her single "Last Breath" some brotherly love recently, giving it some new life with a remix.

The original, a glitchy and bewitching track from her album Flight Of The Donn T, is stripped back a bit on Questo's take. He replaces the electronic production with warmer synths that seem to sigh and flow as the song moves forward. And, being that he is the go-to drummer for most everyone, he also gives the track a new percussion arrangement that stutters and stops. What remains the same, however, is Donn T's haunting vocal. Though the songstress can make her voice soar when she wants, it remains restrained here, almost a sultry whisper that entrances the listener from the start and makes this a track perfect for these dog days of summer.

Check out what Quest has done with "Last Breath" right here, and be sure to pick up Flight Of The Donn T on iTunes now.


TAGS:  audio, donn t, questlove
Previous: D’Angelo, Ledisi, Gregory Porter & More To Perform ‘Lean On Him: A Tribute To Bill Withers’ At Carnegie Hall Next: James Fauntleroy Keeps Us Guessing With ‘Magic’ & A Few Other Joints Up His Sleeve