Shanice Sings About ‘Another Lonely Day In California’ 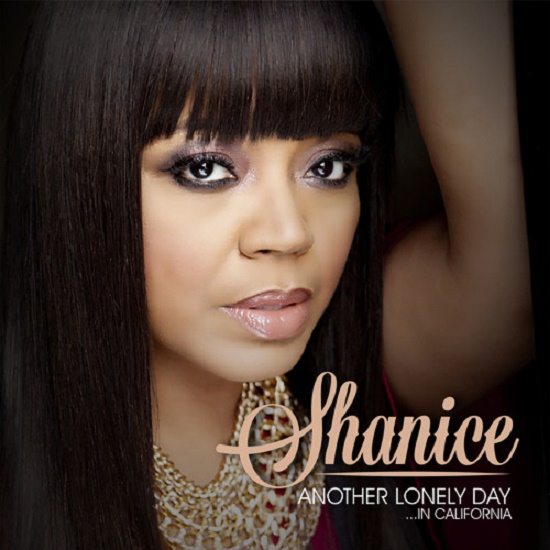 Though she's mostly had her hands full with her reality show Flex & Shanice, singer Shanice hasn't abandoned her music career. In fact, if you've been keeping up with the show, you might've peeped the singer working on her new track "Another Lonely Day In California" in a recent episode. Well, now you can hear the song in its entirety.

Starting off with quiet guitar and Shanice harmonizing, the singer relates her fears and insecurities as she deals with the blues. The track, which the singer worked on with singer/songwriter Mali Hunter, sounds more than a bit influenced by the sounds of '90s soft rock, especially with the electric guitar that's weaved into the chorus. However, Shanice's strong, clear vocal takes this one over to the R&B side quite effortlessly. However, while she does indeed sound amazing, we only wish that this one was a bit more interesting. Shanice's vocal talent does most of the heavy lifting here, but otherwise, it's a pretty paint-by-the-numbers track that could be sung by just about anyone. Still, it does give us hope that her rumored new album, her first since 2006's Every Woman Dreams, might be coming sooner rather than later.

"Another Lonely Day In California" is already available at digital stores now. Take a listen to the track right here and, if you're so inclined, pick up you own copy at iTunes and Amazon now.


TAGS:  audio, Mali Hunter, shanice
Previous: Tiara Thomas Brushes The Haters Off With ‘On Me’ Next: Jordin Sparks Slows It Down On ‘They Don’t Give’