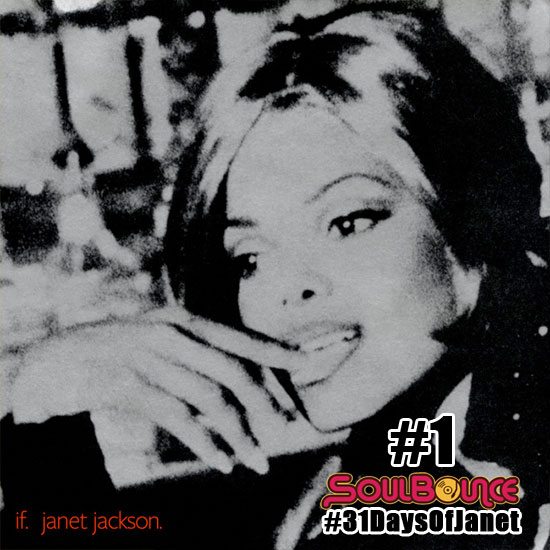 “If” there was any question which song would be No. 1 on our list, you might need to check your stan card. “If” takes the top spot because of its edgy lyrics, groundbreaking video and impact on Janet Jackson’s career. The second single off of Janet's fifth studio album, janet., “If” is a sexual fantasy about having your way with someone who barely knows you exist. The song unapologetically revels in female sexual fantasy in a way that is defiant, desperate and deeply human.

As if the lyrics didn’t have enough going on, producers Jimmy Jam and Terry Lewis concocted a multi-layered mash-up of musical genres for the song's backdrop. The track is a mix of everything from trip hop to new jack swing, creating an industrial-pop sound rounded out by a sample of Diana Ross & the Supremes’s “Someday We’ll Be Together.” The sample serves as an interesting counterpoint to how a woman of the past and a woman of today would approach love.

The video for “If,” directed by Dominic Sena and choreographed by Tina Landon, featured a number of fun, futuristic and then-taboo elements. Taking place in an Asian brothel, Janet and her dancers perform for the patrons who view the spectacle on touch screens. The dance routine is recognized as one of the most iconic dance sequences ever.

“If” went on to win the BMI Award for Most Played Song, an MTV Video Music Award for Best Female Video and Best Dance Video, a Billboard Award for Dance Clip of the Year  and peaked at No. 4 on the Billboard Hot 100. Gutsy, racy and empowering, "If " has left a strong mark on music and pop culture and defined Janet as the sex kitten we know and love today.