SoulBounce’s Top 30 Janet Jackson Singles: #11 ‘When I Think Of You’ 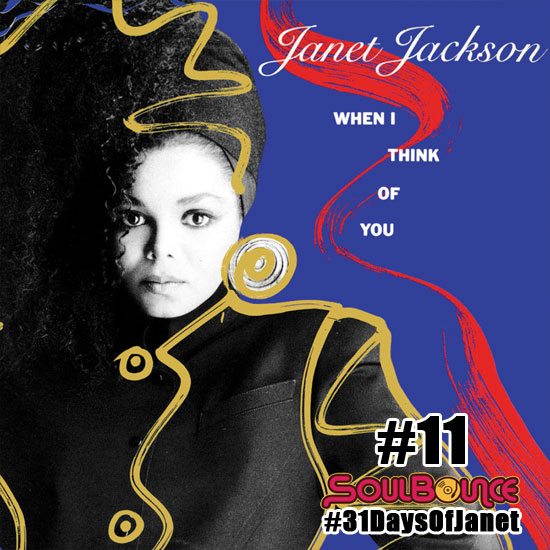 With her third studio album Control, Janet Jackson premiered a new sound (masterminded by musical geniuses Jimmy Jam and Terry Lewis) to declare her independence. The creative shift paid off in a major way with the album's first two singles ("What Have You Done For Me Lately" and "Nasty") landing in the top 5 of Billboard's Hot 100. The autobiographical messages in the two singles clearly struck a chord with listeners, but it took a good old-fashioned love song to propel Janet to her first No. 1 on that chart. OK, so maybe it wasn't quite "old-fashioned," but it was a love song through and through.

The intro was a layered build-up of keys, funky bassline, sharp drums, bubbly synth and blaring horns that got us hooked before she even sang a note. But when her vocals finally joined with a scintillating "Ooh, baby," there was no escape. Though this was an affectionate ditty, Janet added some bite to the sweetness of her voice, a perfect match to the wickedly groovy arrangement by Jam and Lewis. When she signals "Break!," Jan gets downright gritty and even channels big brother Michael Jackson with some melodic grunts. But after she broke it down, she took us right back to the top — ascending to the peak of a thunderous crescendo with that signature (and most adorable) laugh.

The song's video only added to its charm. Directed by Julien Temple using a "one shot" style (the same technique he would later employ for "Alright"), the lively visuals followed Janet through the city streets joyfully singing about her man and showcasing some serious dance moves (choreographed by Paula Abdul). The song went on to be certified gold and made a 20-year-old Janet the youngest artist to top the Hot 100 since Stevie Wonder did it in 1963 at 13.