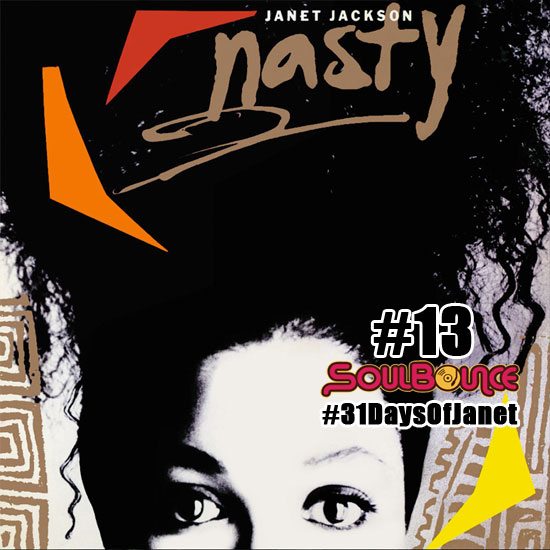 When Janet Jackson wasn't feeling the street harassment she was getting from some men in Minneapolis while she was there recording Control, she wrote a song about it with Jimmy Jam and Terry Lewis and here it goes. "Nasty" was that track that put dudes on blast and went on to become one of the singer's most iconic songs, thanks in part to these memorable lyrics.

Cause Privacy is my middle name / My last name is Control / No, my first name ain't Baby / It's Janet, Miss Jackson if you're nasty

"Nasty" served a tall glass of sass chased with attitude as Janet turned the tables on her harassers and let them know who's running things. Janet rattled off all of her turn-offs and things she didn't like over a "nasty groove" supplied by Jam and Lewis who switched it up with icy keys and aggressive percussion that offset her funky vocal delivery.

The music video for "Nasty" brought the song to literal life with her and her girls "sitting in a movie show" when Jackson becomes part of the action after a wicked back flip. Janet goes toe-to-toe with a troupe of nasty boys doing their best street-meets-traditional choreography, once again provided by Paula Abdul, who has a cameo near the end. Girl power was exercised on screen and behind the camera with female director Mary Lambert directing the also iconic visuals.

The second single from Control followed "What Have You Done For Me Lately" and gave a one-two punch of Miss Jackson asserting herself and living up to the album's title and the central theme running throughout the project. "Nasty" also asserted itself on the charts, topping the Billboard Hot Black Singles chart and peaking at No. 3 on the Hot 100. As well, the song went on to be certified gold by the RIAA.

Janet's demand for respect is one of her most respected and requested songs to this day.