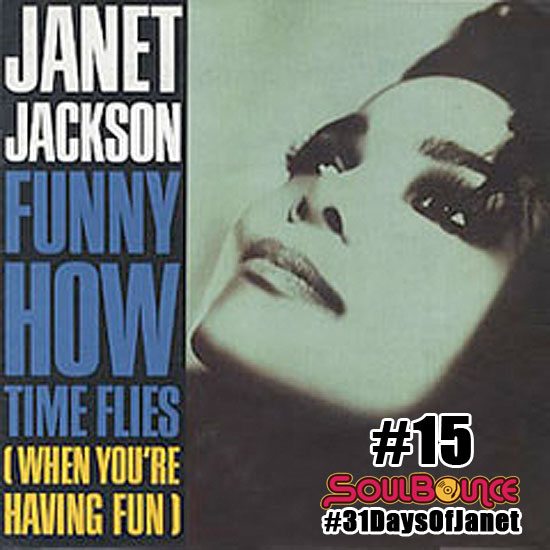 Control single-handedly redefined Janet Jackson throughout 1986 and 1987, but the set’s seventh and final single would lay the groundwork for her mature sound that evolved in later years.

“Funny How Time Flies (When You’re Having Fun)” — co-penned with collaborators Jimmy Jam and Terry Lewis — smooths Control to a close, following what was started by the sequentially preceding “Let’s Wait Awhile.” The drip-drop finger snaps ooze sensuality on this quiet storm favorite, as a youthful Janet dabbles in casual introspection as much as she loathes the ticking clock for cutting time with her lover far too short.

The seduction in “Funny How Time Flies” is real — not only was Miss Jackson unable to escape the warm and cozy embrace of her beau, but the love was so good it had her speaking in tongues — specifically French. The slow jam was a seemingly innocent segue to ready fans not only for Rhythm Nation tracks “Come Back to Me” and “Lonely,” but also the grown-woman anthems “Someday Is Tonight” and janet.’s “Any Time, Any Place” (or the entire janet. album, for that matter), and a further look into Janet's sensuality as she matured into a queen of R&B and pop.