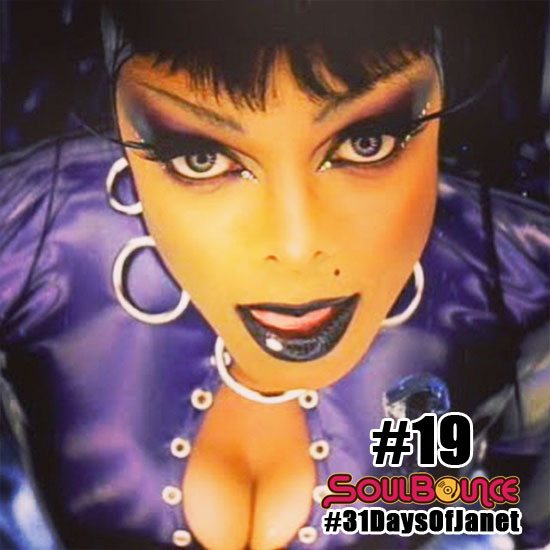 The year was 1999 and Janet Jackson (just Janet in those days) was still getting some traction from The Velvet Rope thanks to the wildly successful The Velvet Rope Tour. Meanwhile, Busta Rhymes was at the height of his mainstream popularity thanks in part to the huge success of "Gimme Some More" from his third album E.L.E. (Extinction Level Event): The Final World Front. The star wattage of these two artists alone was enough to warrant a pairing. Plus, having worked with artists like Heavy D, Chuck D, MC Lyte and Q-Tip, Janet was certainly no stranger to hip hop. Nevertheless, more than a few eyebrows were raised when news of the Jackson and Rhymes collaboration broke.

Any doubts were cast aside when "What's It Gonna Be?!" hit the airwaves. Breaking from his trademark frenetically-paced rhymes, Busta slowed things down a bit and transformed his gritty growl into a seductive roar. Having already made us blush with songs like "If" and "Rope Burn," Janet's feature on the chorus left little to the imagination, her confident delivery appealing to men and women alike.

The collaboration was well received, but it was the Hype Williams/Busta Rhymes-directed visuals that catapulted the song to the next level. The cutting-edge video (one of the most expensive ever made) centers on a liquid metal-like substance (T-1000, anyone?) that morphs into various iterations of Busta. But even with all of its eye-catching, futuristic special effects, Janet OWNS the screen as an ultramodern dominatrix. Provocatively clad in a skin-tight violet latex outfit — complete with flowing cape, fitted headpiece, long purple nails, striking make-up and enough nipple and cock rings for an army — Janet gave visual authentication that brought her lyrics to life. "What's It Gonna Be?!" went on to be certified gold, earned a GRAMMY nomination for both artists and remains Busta's highest charting single (as lead artist) on the Billboard Hot 100. BEHOLD, the power of Janet!