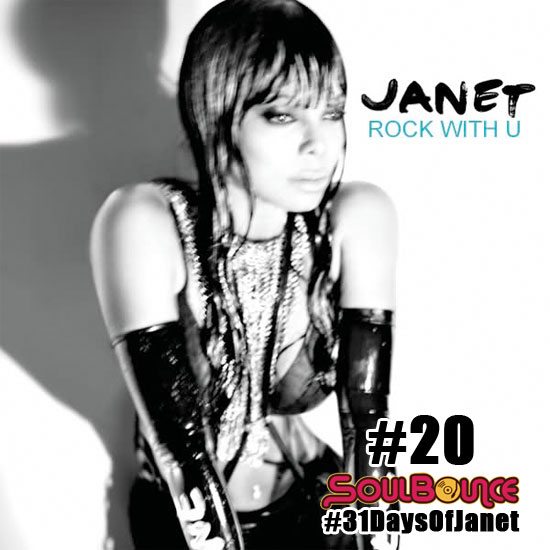 “Rock With U” stands out as one of Janet Jackson’s best efforts from the ’00s — a stretch that started strong with the All For You album, but slid downhill after Nipplegate and three consecutive “not as good as All For You” collections. But Damita Jo, 20 Y.O. and Discipline each had their highlights, the latter serving as home to “Rock With U,” the sultry house number co-penned by Ne-Yo, Jermaine Dupri and Eric Stamile. Janet’s breathy vocals throughout the tune didn’t suggest she couldn’t keep up with the song's tempo. Instead, she controlled the track with the same S&M chutzpah emblazoned on Discipline’s cover art, smoothing out the “thump” with kittenish purrs of “ooo-oo-ooh ... oo-oooh” that served as the track’s chorus.

It was a sensual albeit welcome visit to electronic dance music, territory she put her stamp on with past efforts such as “Throb” and “Come On Get Up.” Despite its shimmering synths, it did not rocket to the top of the dance charts, but it did increase the pulse of the more urban-flavored set and delivered another masterpiece in the art of dance with the long-take, Gil Duldulao-choreographed video.