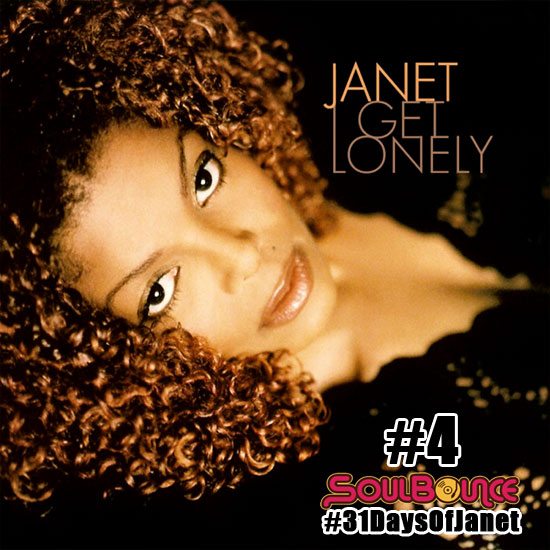 Between the super cool original track, electro-funky remix and the sexy video, there is no denying that “I Get Lonely” was a bona fide jam in 1998. The third single off Janet Jackson's The Velvet Rope, “I Get Lonely” is a classic R&B song about trying to get that old thing back with a former flame. Janet's pain and longing is brought to life by the production talents of Jimmy Jam and Terry Lewis through stark horns, piano, hand claps and some old school gospel organ. Both buoyant and subdued, the duo kept the party fresh and interesting between a multitude of chord changes.

In addition to the mid-tempo original, Janet turned up the beat with the appropriately titled "TNT Remix" by Teddy Riley and Timbaland, which featured BLACKStreet. It takes the original track and incorporates a variety of electronic flourishes, Timbaland’s musical quirks and Riley doing his best Roger Troutman impression on the chorus to create a scintillating duet between Jackson and Chauncey Black.

I get so lonely / Can't let just anybody hold me / You are the one that lives in me, my dear / Want no one but you

The video for “I Get Lonely” is often considered one of Janet’s sexiest. Shot by Paul Hunter and choreographed by Tina Landon, the video showcases Janet pining for her estranged lover, strutting her stuff in an arsenal of pantsuits, fiery red hair and a black lace bra that showcased her bosom and brought all the boys to the yard.

Peaking at No. 3 on the Billboard Hot 100, “I Get Lonely” went on to become a mainstay of radio and video channels. In addition, the song became Janet’s 18th consecutive top 10 hit, making her the only female artist to achieve such a feat, bested only by Elvis Presley and The Beatles. What can we say except that it’s lonely at the top.