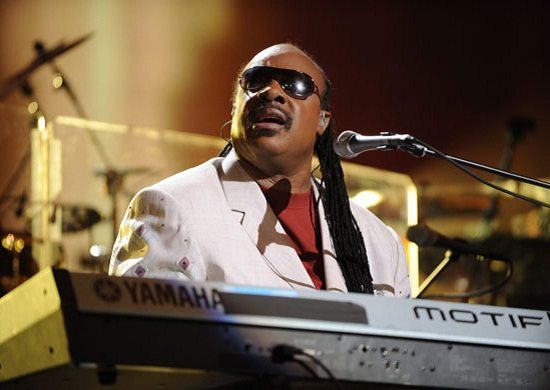 It looks like Stevie Wonder can't get enough of the stage this year. The singer made a few fans very happy today with impromptu shows in Washington, DC and Philadelphia (with another one set to take place tonight in New York City's Central Park). He also revealed that, after first embarking on a tour to celebrate his landmark, GRAMMY-winning 1976 album Songs in the Key of Life in the fall of last year and re-upping this past spring, he'll be hitting the road again for a third set of shows in the fall.

Having bore witness to the one-of-a-kind experience of seeing Stevie perform Songs in its entirety, we can attest that the show is definitely a must-see for any Stevie Wonder lover (or music fan, in general, for that matter) as the music legend puts on a master class in showmanship and musicianship that you have to see to believe. As well, though the album is knocking on 40, it doesn't sound as if it's aged a day when he performs it.

Stevie is adding 17 stops this fall, including repeats in DC, Philly and Chicago, eventually wrapping up with a third performance in NYC at Madison Square Garden. See the dates and venues for the shows below and, if you haven't taken in the show yet or just want to relive the experience, be sure to grab a ticket when they go on sale this Friday.