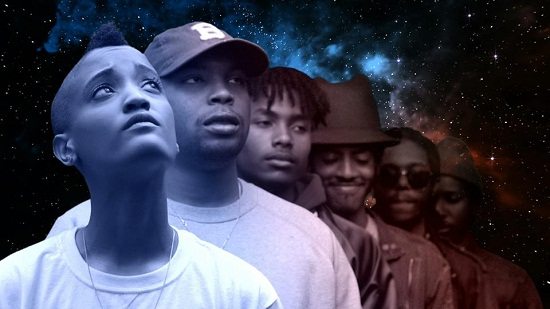 While you were sleeping, Syd Tha Kid, Matt Martians and their band, The Internet, put out one of the best R&B albums to arrive on the scene this year with Ego Death. Packed with moody lover's jams like "Special Affair" and "Girl," as well as other tunes like "Go With It" and "Something's Missing," it's definitely a treasure.

Sadly, if you wanted to experience any of that treasure live and lived anywhere other than the NYC or Cali, you were SOL. That's about to change, though, as the group has just announced a veritable smorgasbord of tour dates that's sure to keep them in close proximity of a city near you. Kicking off in their native Los Angeles on September 8th, their North American jaunt will find them hitting a whopping 40 cities across the U.S. and Canada, including mainstays Atlanta, New York City, Washington, DC, Montreal, Dallas, Houston, Portland and many, many more. But don't feel left out, UK Bouncers, as the band will also head across the pond for four additional dates, two of which include bass player extraordinaire Thundercat.

Sounds like this will be one of the fall's hottest tickets. To make sure you're not left out in the cold, check out the dates and venues below and head to The Internet's website to purchase tickets for the North American dates and here to cop them for the UK Dates.