The Janet Jackson Mystique: Why Her Comeback Strategy Is Sheer Genius 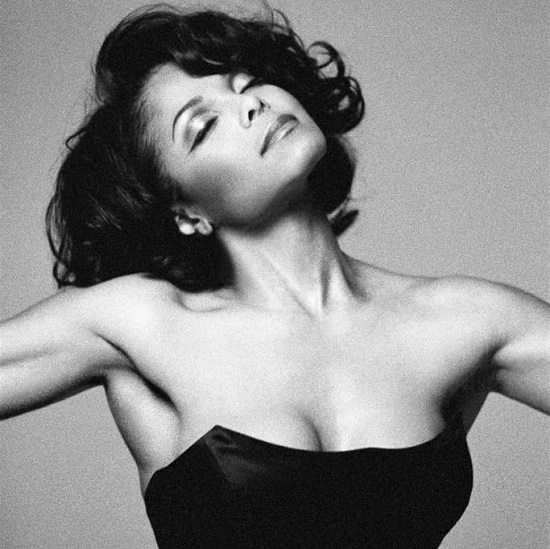 Do you hear that? That's the sound of legions of Janet Jackson fans — and stans — holding their collective breath. And why wouldn't they? Their queen is set to make her triumphant return on a Vancouver stage in just a few short weeks when she embarks on her Unbreakable World Tour. The build-up to a Janet release is always an amazing thing to take in. The singer is a master at creating anticipation around her albums, usually by building an air of mystery surrounding her projects. A certain je ne sais quoi, if you will.

But while her fans hearts are aflutter with excitement, there are some that question why Janet is coming back at all. They point to her seven-year absence from the music scene and the lackluster reception (and, some would say, quality) of her most recent albums — Discipline, 20 Y.O. and Damita Jo — as proof that maybe Janet has no more to contribute to the world and should rather stay at home and count her awards, platinum hits and millions. Some have even gone as far as to say that Janet should go the Vegas route.

With pop divas of a certain age struggling to find their place in a youth-obsessed marketplace and either going against the grain or trying to join the crowd (and in turn failing miserably at it), all eyes are on what Janet's doing and how she'll fare in the market. But there's just one thing: nobody knows about anything that's going on with her new project. Janet has always been good at keeping a secret — sometimes a bit too good — and she's kept most details about this new era tightly under wraps. Outside of the release of the project's lead single, "No Sleeep," and its video, an appearance at the BET Awards and a few carefully timed press releases, nothing's known about what we can expect from Janet's upcoming album, including its title.

While this is bizarre, to say the least, it's also pure genius from a marketing standpoint. Unlike the surprise releases that we've seen in the past, this isn't going to be a random drop in the middle of the night. Instead, her constant teasing and strategic release of information is creating something that the music business hasn't had in years: a mystique. Think about it. In this instant media age, how often do we get sick of hearing about an artist's album before it's even released?

Both Rihanna and Ciara, whom many would say have followed some of Janet's blueprint, were plagued by the fact that we've been hearing about their albums ad nauseam months (if not years) before they were released. In CiCi's case, the media attention and hype led up to an effort that, while a decent try, was ultimately disappointing. As for RiRi, well, after nearly two years of talking that talk, we're left with a handful of singles and videos and no idea of when the album will actually come. And then there's Beyoncé, whose surprise self-titled album took the industry by storm. But though the sneak attack release wowed many and definitely set her BeyHive abuzz, she nearly wore out her welcome (and risked losing fans) in the lead up by taking every media opportunity possible for nearly a year with no payoff. Luckily she has some of the most loyal fans out there and the resulting project was actually worth the long wait.

Janet's less is more approach, however, is ingenious. Like the fan dancer of Russell Huxtable's infamous bachelor party story, Janet is metaphorically showing a little leg and then taking it right back. By giving us bits and pieces here and there and then disappearing without so much as an interview or convenient sound bite, she's kept us waiting with bated breath and hungry for more as she preps for the big reveal. And as we all know, we're most loyal to those who keep us panting. The strategy is definitely working in her favor. Though it began at damn near a simmer, "No Sleeep" has become a slow burner, spreading on the airplay charts like wildfire and now finds itself atop the Adult R&B charts (if you're keeping score, that's yet another No. 1 added to her already crowded collection of them) and creepin' on a come up on Billboard's Hot 100. As for her upcoming Unbreakable World Tour, her seven-year absence coupled with her damn near media blackout has made fans hearts grow fonder, as sales are brisk and many of the tour's venues have either sold out or are near that mark. It seems that Janet's silence is indeed golden.

But are we at all surprised?

This, after all, is Janet Jackson we're talking about and if we've learned anything about the icon in the past, it's that we should never count her, or her mystique, out.