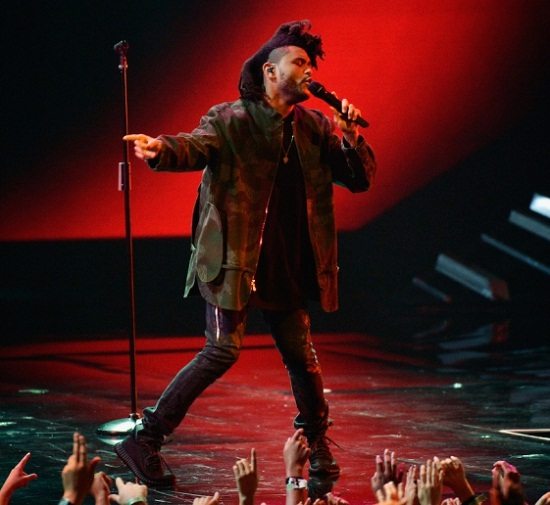 This year's edition of the annual MTV Video Music Awards was...how do we say this...a bit of a hot mess. From award winners charging up the night's host from the podium to nipple flashes to obscene (and uncensored) words written across shirts, there was just a lot going on with no rhyme or reason to it all. However, there were a few highlights to reward those who actually sat through the evening's proceedings.

One of those moments came courtesy of The Weeknd. The industry's new it boy took the stage with an enthusiastic rendition of his hit single "Can't Feel My Face." The Canadian singer danced and hopped around the stage with abandon as he did his best Michael Jackson impersonation for the crowd. It worked for the room full of luminaries, with Taylor Swift and even Kanye West cutting a rug and cracking smiles as he did his thing. And, because the VMAs are the place for spectacle, The Weeknd set the stage on fire...literally. A ring of flames surrounded the singer as he got down and the crowd cheered.

There were no extra dancers or super elaborate stage settings, but The Weeknd still managed to deliver one of the night's more memorable performances despite the chaos surrounding him, coming off shining like a diamond in the rough and rocky telecast. Get a look at the artist in action when you press play.