Travel Through Time & Take A Ride In B.Slade’s ‘DeLorean’ 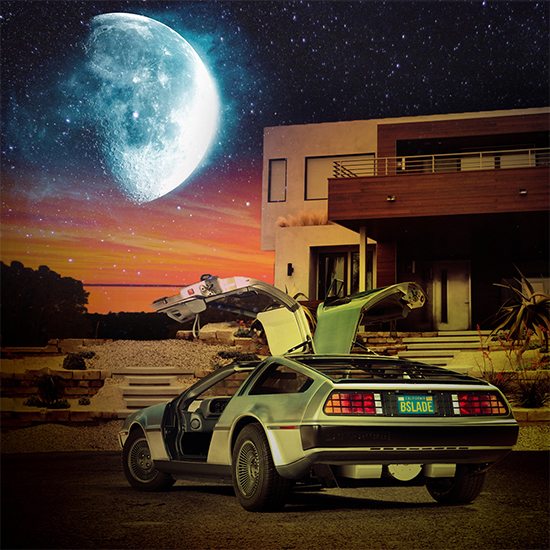 B.Slade has an incredible new album locked and loaded, and he just can’t wait for you to hear it. So much so that last night while you were sleeping he released it on Bandcamp for free. That’s right, B.Slade’s DeLorean, which was originally slated to be released on October 21st, is now available for free for the next two days.

As you already know, B. is the man behind Angie Fisher’s GRAMMY nominated hit “IRS,” Elijah Blake’s “Six Years Old” and more recently Tisha Campbell’s comeback single “Steel Here,” and if that’s not proof enough that’s his musical stylings are quite versatile, then DeLorean is here to open your ears to the different layers of this undeniable musical genius. This concept album finds him referencing the 1985 cult classic film Back to the Future and traveling through time while digging into various soundscapes and impressive lyrical content. Whether the record is trap-infused like the title track, R&B sexy like “Valley of the Deep Blue Moon,” "1986 S**t" and “The Feeling” featuring Fisher, or just down right funky like “My Present Circumstance,” Slade is slaying it with his otherworldly melodies and harmonies. DeLorean isn’t all dance, fun and games either. As many of his 20 (yes, 20) independently released albums, this album includes introspective moments like “99 ½” where he tells the heart-breaking story of losing his parents while dealing with industry and Internet criticism.

Do yourself a favor and run over to Bandcamp to grab your copy of DeLorean for free before August 7th, and look out for Bad Billy, which he says will now be released on October 21st. This man just doesn’t stop, and we certainly don’t want him to.