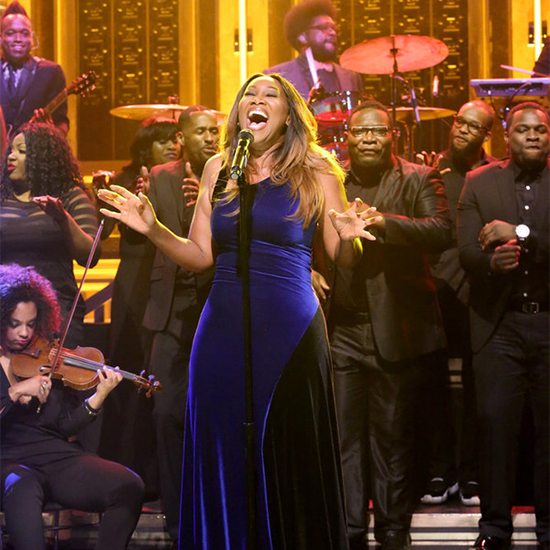 Earlier this month, Jimmy Fallon took to The Tonight Show to sing his new favorite song and tell the story of how he went to a Patti LaBelle concert and ended up receiving a blessing from Yolanda Adams. Just a few short days later, Fallon welcomed Adams on to his show to perform “Victory,” a song which he says has changed his life. The legendary gospel singer and radio host hit the stage last night on The Tonight Show Starring Jimmy Fallon and showed out with the help of The Roots and Hezekiah Walker’s stellar choir.

“Victory,” which was originally released on Adams’ 2005 Day By Day album, sparked up a revival on late night television as Fallon, his audience and viewers around the country bopped along with Yolanda. This performance marks the second appearance from a gospel artist this year, as Lecrae blessed the stage back in January. Here’s to hoping that this opens the door of opportunity for more gospel performers to receive mainstream recognition in such a big way. Let’s also hope that this performance lights a fire in the heart of Yolanda Adams, and that the “Open My Heart” singer will return to the studio and bless us with new music soon.