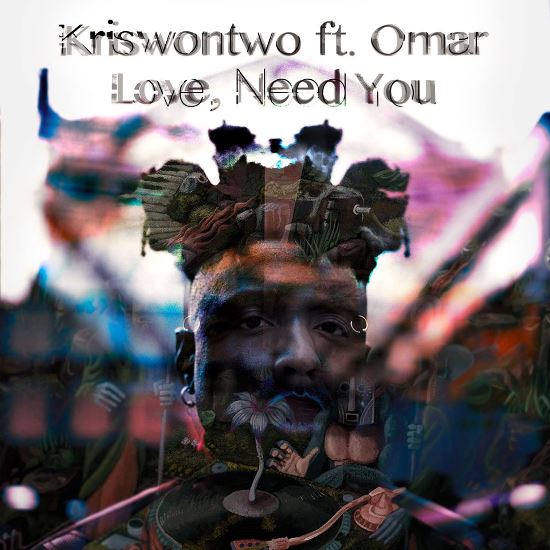 Opportunity has a strange way of showing up when you least expect it. But when it knocks, you darn sure better open the door. Danish producer Kristian Mathiassen (better known as Kriswontwo) did just that when he was engineering a studio session with British crooner Omar Lye-Fook. Kris explains, "...the artist he was supposed to work with was mad late - so I asked if I could play him something. Luckily he loved it and started writing immediately! By the time the other artist arrived he had already written and recorded this one!" The end result is a stellar track called "Love, Need You."

The track follows "Achievements" (featuring Skyzoo) and "Epiphany of Emcees" (featuring MED) as Kris continues to generate buzz for his debut album, CEREMONI. But unlike the previous releases, which had a distinct hip hop edge, this song is an ethereal groove. Kris launches us into his aural stratosphere with lush strings, abstract layers of synth and stacattoed percussion. Omar's vocals are warm and inviting, beckoning us to join the duo on their extraterrestrial journey. As the song winds down, a wicked guitar solo by Carl Mörner ensures that we won't be coming back down to Earth any time soon. When you're ready to escape, scroll down and hit the play button.

CEREMONI is slated to drop on September 14th via Georgia Anne Muldrow and Dudley Perkins' SomeOthaShip Connect label. In the meantime, check out his other singles as well as his recent WEON (a joint venture with bassist MonoNeon) release, Neon The Won. Omar is currently the bandleader for The Javone Prince Show (backing artists like Mica Paris and Alexander O'Neal) and is also touring around the UK.