Are You Ready For Zoe Saldana To Hit The Big Screen As Nina Simone This December? 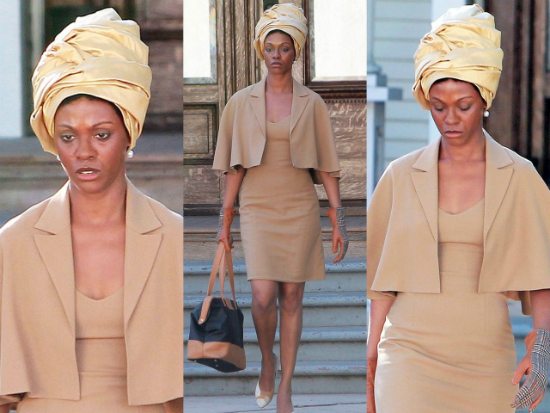 The Nina Simone biopic Nina, starring Zoe Saldana as the legendary jazz musician, has officially been slated for a December 2015 release. BET founder Robert L. Johnson has acquired the North American rights to the film through his company RLJ Entertainment. Not everyone is excited about news of this upcoming release, though.

The dearly beloved Nina Simone has been the subject of numerous documentaries, including the most recent What Happened Miss Simone? released by Netflix earlier this summer. The documentary received critical acclaim for its exploration and honest depiction of Simone's life, including her tumultuous marriage and her slide into mental illness in her latter years. Many fans are hoping that Nina, the first major film version of Simone's life, will live up to the very high expectations already set for the movie.

While there is an excited buzz surrounding Nina, there is also a lot of controversy concerning the casting in the movie. Well known actress Zoe Saldana won the lead part, which left many wondering if she'll be able to accurately portray Nina Simone since she physically looks nothing like the singer while other darker complexioned actresses and singers, such as Adepero Oduye or India.Arie, were passed over for the coveted role. Backlash, including accusations of colorism, mar the film's potential. There is a valid point in those who oppose Saldana playing Simone, a dark skinned Black woman with very distinct features who celebrated atypical beauty in her music. Photographs of Saldana on set in recreations of Simone's regalia have not helped and left a bad taste in a lot of fans' mouths, with some comparing the makeup done to make Saldana darker to blackface. The bigger cultural problem is the erasure of darker skinned Black women from the media and society, a theme that was prolific in some of Simone's music and Civil Rights work. Hopefully Saldana does Simone justice in Nina, despite the horrible makeup choices that make Saldana look like she's playing a caricature of the famed musician.

SoulBounce is eagerly awaiting the release of a trailer for Nina to develop a more concrete opinion of the lofty ambitions of the film. Let's all hope, for Nina Simone's sake, that this project does justice to her memory and to her artistry.