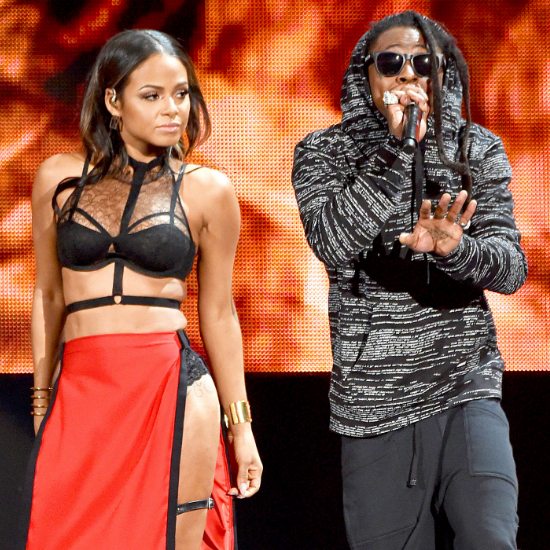 While Christina Milian and Lil Wayne have decided to call it quits as far as a relationship, the former couple is moving full steam ahead as business and duet partners on Milian's latest song, "Do It." However, we just wish they wouldn't. After attempting to spark magic with "Start a Fire," the duo are still failing to have any chemistry on or off stage.

“Do It" is a classic tale of good girl debating going bad in hopes of some sweet loving. Christina’s singing is okay but lacks any emotion or depth. It feels less like someone facing their fears or contemplating a life decision and more like someone who knows what they want and wants to unconvincingly play coy. Lyrics such as, “I don’t usually do this / I’m usually a virtuous woman," come off less like endearing statements and more like a potential punchline. Of course, that’s assuming anyone takes the time to actually give this song a listen. Lil Wayne delivers a raunchy verse, shouting “I’m grown / I’m in that p***y like honey I’m home,” but fails to bring any real interest to the slow-burning sleepy track.

Attempting to capitalize on their recent breakup, the event actually serves to undermine the already tepid song and prove that, like their relationship, “Do It” is best forgotten and left in the past. We’re sure that many would say that Milian’s musical career should follow that same pattern. However, that’s not to say the E! reality show star hasn’t had her share of catchy tunes, from “Dip It Low” to the underrated album track, “Peanut Butter Jelly.”  Her other recent track, "We Ain't Worried," wasn't bad either. However, finding the right sound and expressing her personality has always been a challenge. Here’s hoping there’s better music to be found on her upcoming EP, Like Me, dropping October 30th.