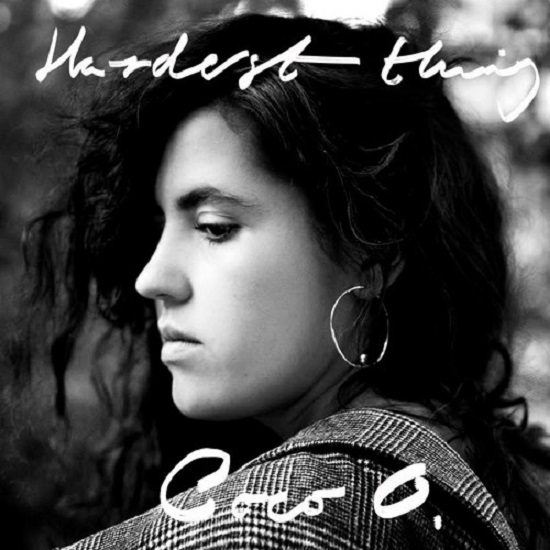 Last we heard from Quadron was their 2013 major label debut Avalanche. Since then, they've been touring the world promoting the project, with little new music coming from their camp outside of Coco O.'s appearance on The Great Gatsby soundtrack, "Where The Wind Blows." And now it seems that Coco is ready for another solo outing as she has just dropped a new single to close out what has been an amazing summer for music.

"Hardest Thing" finds Coco mining old soul sounds over a piano-laden production reminiscent of Lenny Kravitz's "It Ain't Over 'Til It's Over." It's also similar in sentiment, as Coco seems to be singing to a lover who has decided to move on. However, where Lenny's song was more of an apology for the wrongs he'd done, Coco's lamenting a love that doesn't seem to see her for all that she is and can be. However, if she had a second chance, she's more than confident that his love would still be hers. Coco doesn't need a second chance with us, though. "Hardest Thing" enchants from its opening notes, with Coco's vocal and the layered background harmonies of the chorus giving us life everlasting.

There's no word yet on whether the release of the song is an omen of more solo material from Coco to come, but when it sounds this good, we take what we can get. Sit back and enjoy summer's last days (we technically have eight more days of the most wonderful season of the year) while you listen to Coco O.'s latest right here.