Disclosure & Lorde Aim To Draw You In With ‘Magnets’ 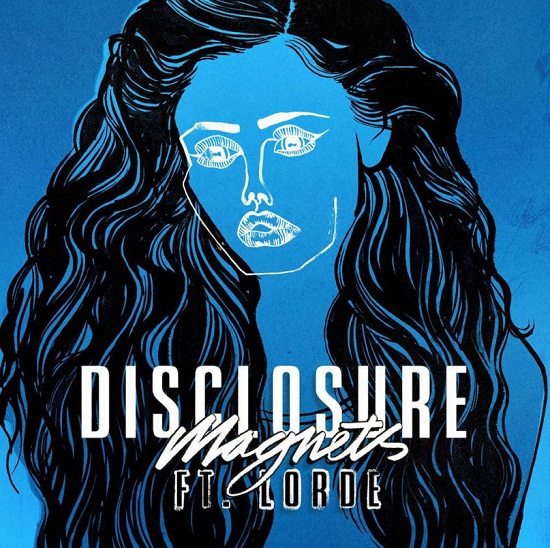 We'll soon be basking in the musical glow of dance duo Disclosure's new album Caracal. While we can barely wait the two short days until its release, the Lawrence brothers have given us quite an array of tunes to hold us over, and they do so once more with the release of their track "Magnets," which features none other than Lorde.

While the two entities briefly worked together to stage a combination performance for the 2014 Brit Awards, we couldn't have imagined that their first official pairing would sound anything like this. The track starts with an island-tinged percussion track accompanying slight synths and Lorde's unadorned voice. But it soon builds to a shuffling chorus that captures a bit of the charm of Madonna's "La Isla Bonita" as the Kiwi singer encourages her lover to "embrace the point of no return." And then, just like that, things cool back down to a simmer for the next verse. The ebb and flow of verse and chorus makes for a pretty alluring listen and, with summer having officially faded, we're glad that Disclosure is coming with some residual heat (and we're pretty sure you'll be bumping this one in the hours leading up to the album's release).

Take a listen to "Magnets" right here, and if you haven't already, be sure to pre-order your copy of Caracal now.