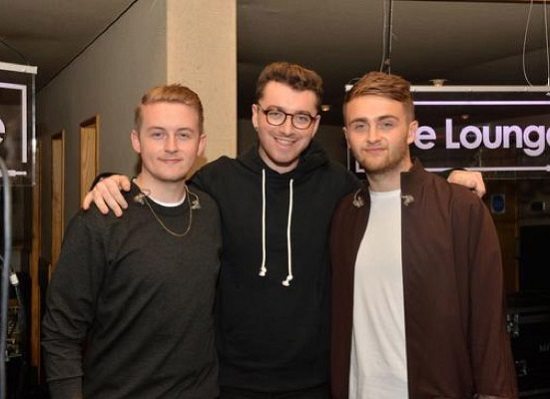 With anticipation for Disclosure's Caracal reaching a fever pitch as we near the album's release date, it's no surprise that the Lawrence brothers are making the media rounds to promote the album. They hit up BBC Radio 1's Live Lounge to bless the ears of those who tuned in to hear them perform a couple selected songs. They brought along frequent collaborator Sam Smith to help out as they dropped a live version of their Caracal track "Omen" and then surprised with yet another high profile cover of Drake's recent single "Hotline Bling."

"Omen," of course, sounded great, with it being hard to differentiate between the album version and this live performance, save for a couple of note and phrasing changes here and there. However, it was their cover of "Hotline Bling" that really impressed. While keeping a few elements of Drake's original composition, like the sampled steel drums. They of course refashioned it into their own aesthetic, with a shuffling dance groove replacing the harder hitting hip hop production. And while the original is actually pretty good, Sam's vocal surpasses Drake's by miles.

Unfortunately, there's no video of the performance available, but you can experience the show like those who tuned in to BBC Radio 1 did via the channel's player. Listen to both "Omen" (which starts around the 2:15 mark) and "Hotline Bling" (which comes in around 8:50), as well as the trio sharing some info about the collaborations below.