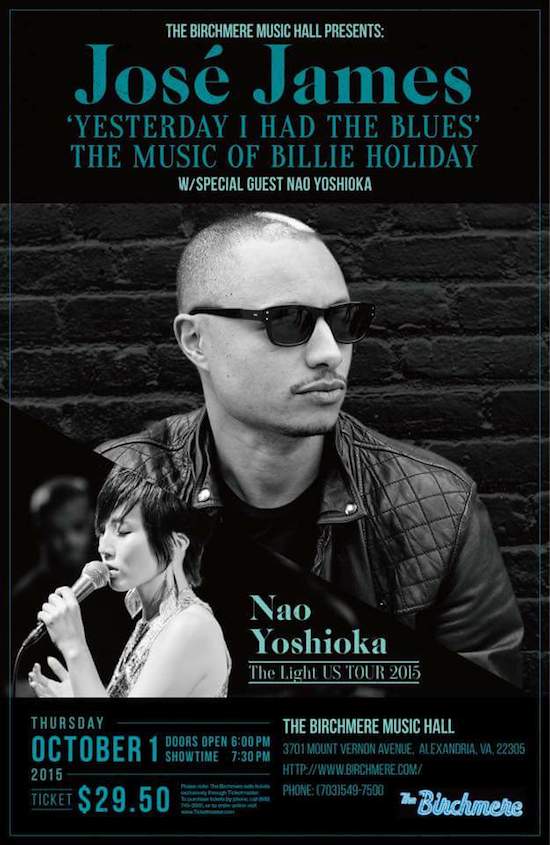 José James hasn't performed in the Washington, DC area in a minute, but that will soon change with a concert that he has scheduled at The Birchmere Music Hall on Thursday, October 1st. James will be returning to the DMV to perform songs from his newest album, Yesterday I Had the Blues: The Music of Billie Holiday. The Billie Holiday tribute album has been well reviewed, and José James is always well received on stage.

José won't be alone for his gig at The Birchmere. Japanese soul songstress Nao Yoshioka will support him as his opening act and pull double duty as part of her The Light US Tour. Nao is currently touring the States to support her debut album, The Light, and showing American audiences that she is the real deal. Needless to say, this concert is one that lovers of jazz, soul and good music period in the DMV won't want to miss. To that end, tickets to see José and Nao at The Birchmere are on sale now at the venue or online at Ticketmaster. We also have a pair to give away, so enter to win them now on the next page.