Escort Has A Musical Conversation With ‘Body Talk’ 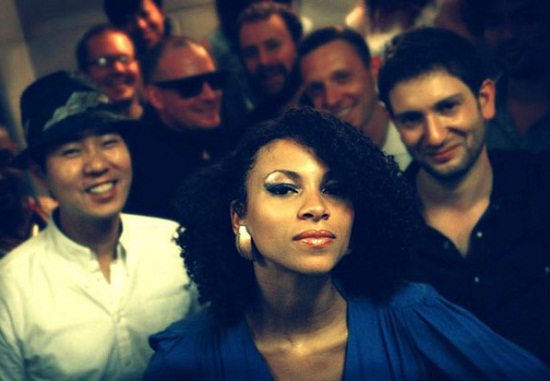 We first mentioned New York City-based collective Escort in regards to their scorching disco-tinged singles "If You Say So" and St. Vincent cover "Actor Out Of Work." Since then, the 17-piece disco orchestra (as they call themselves) has announced the impending release of their sophomore album, Animal Nature. And, as with any album release, they've been dropping hints as to what the set will sound like, including the latest taste, "Body Talk," which debuted via Vulture.

The song is engineered to do just what the title suggests, with synths that sparkle and sputter, sampled strings and a driving piano line that bounce along dance floor-ready drums set to make you shake that groove thing all over the club. It's all set off with a commanding vocal from lead singer Adeline Michèle, who makes a whisper sound like a demand on the chorus before getting brassy and sassy on the verse. It's enough to give anyone flashbacks to the days where pants hugged tight at the hips and flared at the bottoms, hair was feathered, Studio 54 was the place to be and disco balls ruled the night.

You can check out "Body Talk" right here. And look for more disco house goodness when you grab Animal Nature, which hits stores on October 30th.