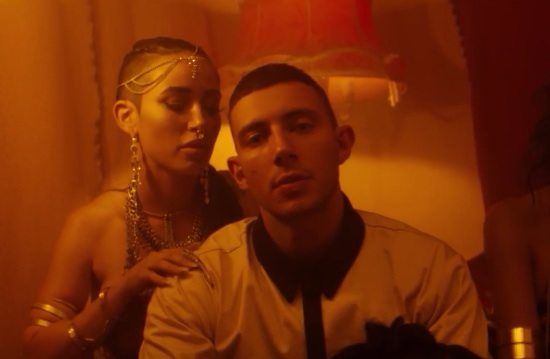 Majid Jordan is gearing up to release their next, as-yet-untitled sophomore project and have been rolling out first listens of tracks like "Learn From Each Other" and "My Love." Now, the set has its first official video for the latter Drake-assisted track.

Similar to the artistic video for their joint "Her," "My Love" finds the crew surrounded by beautiful women. However, that's where the similarities end. The duo walks into what looks to be a motel, where each room is filled with a bevy of beautiful women puffing on cigs, sipping champagne and ready, willing and able to love them long time. While they writhe and cavort with the nubile young women, co-conspirator Drake gets emo in another room drenched in purple-light where the women seem a little more clothed as the surround the rap-singer and seem to soothe his sorrows. After that detail for some soul searching, things are back to Majid Jordan and their bevy of women and hookahs.

While there's nothing innovative as "Her" here, it's a pretty interesting clip from the two and has us wondering what they'll be bringing visually this go 'round. Check out the steamy visuals below and let us know if you're feeling the same way.