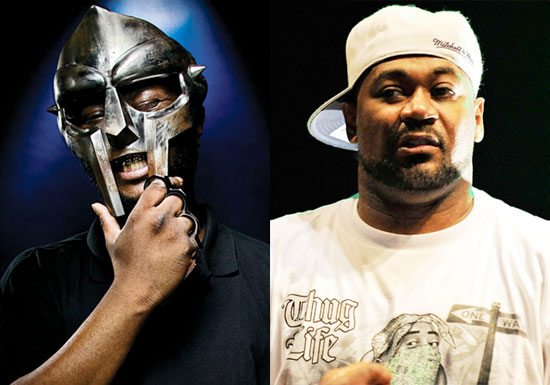 The notorious MF DOOM is back, this time on a collab track with former Wu-Tang Clan member Ghostface Killah. This isn't the first time the duo has come together in the studio. The two were set to release an album almost a decade ago under the name DOOMSTARKS, but the vision never came to fruition until now. "Lively Hood" is the long-awaited alliance of the two mad geniuses, released via Adult Swim's Singles Project. This track does not disappoint.

"Lively Hood" is a hip hop gem and does the culture of political rap justice. The beat features heavy 808s and an epic arrangement that sounds a lot like "Dragons Blood + Cayenne= 1000 Degrees," another one of DOOM's tracks with MF Grimm. It has Doom's signature theatrical touch that vibes incredibly well with Ghostface's frenzied lyrical prowess. Typical of both rappers' musical content, "Lively Hood" addresses the current state of our society, New York City specifically. Ghostface takes a stance on the rampant police brutality against minorities, rapping, "Crooked cops lockin' my people behind cages...Body bags are all stacked up as another statistic." DOOM responds to this political theme in the next verse, taking on the current attitude surrounding immigration. He points out that NYC is "Built on the backs of immigrants in search of a better life/ But all they get is credit as stress and debt as strife." Rap has become increasingly more political again, with the recent state of things in Western society and "Lively Hood" reflects this shift in focus.

Hopefully the two rap legends will continue this collaboration going and finally come out with their long-awaited album. The fact that the track was released under their collective name DOOMSTARKS is a positive sign for fans. Listen to "Lively Hood" below via SoundCloud, and cop the free download from Adult Swim.