Sidewalk Chalk’s Take On Kendrick Lamar Is ‘Alright’ With Us 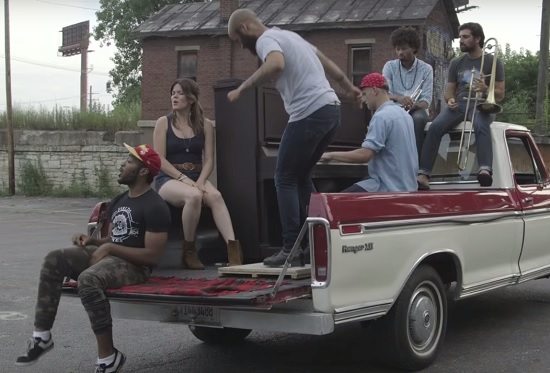 It's pretty clear six months later that Kendrick Lamar's To Pimp a Butterfly is a high watermark in a year full of good music. And given the project's large musical scope, it's surprising that more of the album's songs haven't been covered more often. But closing that gap is unique group Sidewalk Chalk. They take on To Pimp a Butterfly's most radio-friendly track, "Alright," for the In Bed With video series and add their own spin to the anthem.

Performing from the bed of a Ford Ranger, the group — which consists of a trombonist, a trumpeter, a pianist, a singer, a rapper and a tap dancer — a woozy, lazy version of the track. The horns slur and slide beautifully through the bare bones cover as the pianist tickles the ivories gingerly and the tap dancer keeps the beat. Meanwhile, MC Rico Sisney and vocalist Maggie Vagle take the verses and ad libs. Rico flips through Kendrick's verse quite nimbly and even adds in his own quick-spitting second verse to the affair, solidly making the track his own while Maggie ends it with the closing vocal.

The arrival of the group's K. Dot cover also comes with the announcement of Sidewalk Chalk's upcoming North American tour. They'll be hitting many corners of the States and even Canada to spread their distinctive musical stylings to audiences all over. Check out the dates in the poster below after you peep their cover right here. 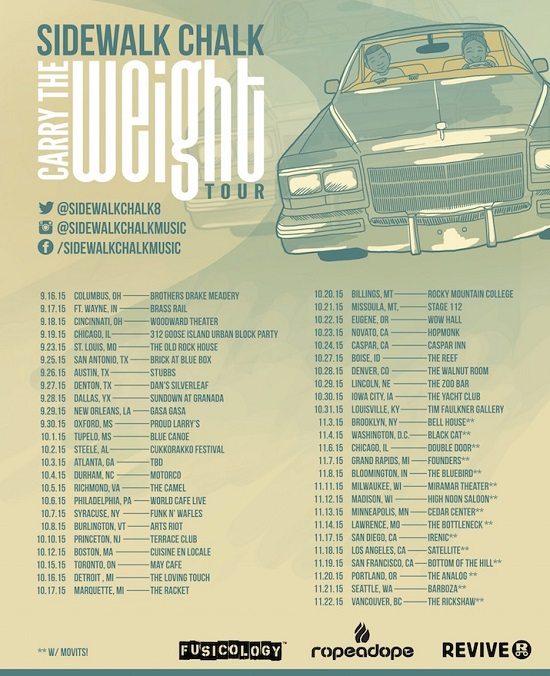