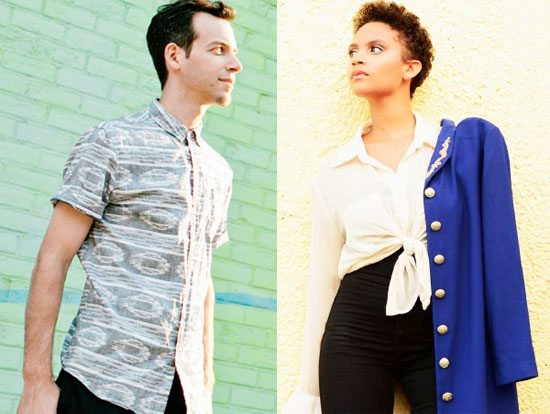 Minnie Riperton's career may have been cut short by cancer, but what a career she had. She will forever be remembered for her sweet, soaring soprano on songs such as "Inside My Love," "Memory Lane" and "Lovin' You," which was the biggest hit in her catalog. It's hard to fathom, but "Lovin' You" celebrated its 40th birthday in 2015. It seems as if there should have been more fanfare surrounding the occasion, but its release date and the date it hit No. 1 on the Billboard Hot 100 chart both quietly passed earlier this year.

In an effort to pay homage in their own way to this endearing and enduring classic, Jesse Fischer and Sarah Elizabeth Charles cover "Lovin' You" with a jazz swing for Fischer's upcoming album Day Dreamer. The pianist/composer/producer's Day Dreamer will be released on September 25th on Ropeadope Records and features Charles on four tracks, including this remake of "Lovin' You." Jesse and Sarah Elizabeth's take on the song is an impressive blend of jazz and soul that makes it stand out from the numerous remakes over the years. Fischer's adept piano playing greets the listener's ear before Charles starts singing. Her vocal range is lower than Riperton's, so there's no whistle register to be heard on the bridge, but Jesse swoops in on the synths for a captivating instrumental.

Listen to SoulBounce's world premiere of Jesse Fischer and Sarah Elizabeth Charles' "Lovin' You" right here, and make sure to pick up Day Dreamer when it's released on September 25th. The album is available for pre-order on iTunes and Bandcamp now. Jesse will be going on an East Coast tour to support Day Dreamer starting on September 18th in New Jersey and wrapping in October in Philadelphia. Check out all of the tour dates below to make plans.


TAGS:  audio, jesse fischer, minnie riperton, Sarah Elizabeth Charles
Previous: Tamar Braxton Reels In The Truth On ‘Catfish’ Next: Studio Campfire Stories: ‘Tales From The Land Of Milk And Honey’ Edition – The Making Of ‘As Fast As You Can’