Studio Campfire Stories: ‘Tales From The Land Of Milk And Honey’ Edition – The Making Of ‘Sevenths And Ninths’ 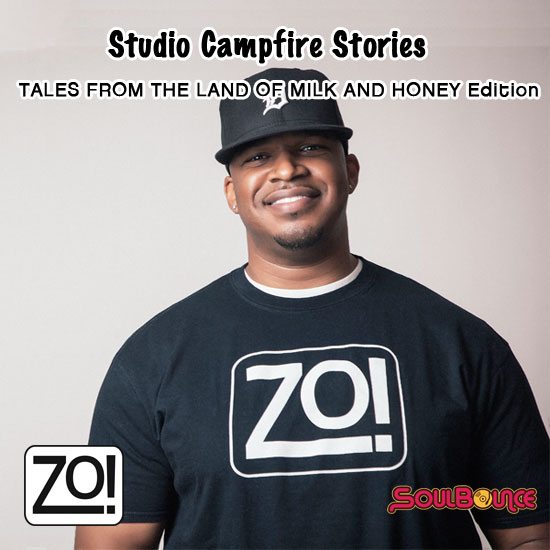 Saturday, February 21, 2015 was a day tailor made for storytelling. I had an afternoon photo shoot scheduled in North Carolina with my man Chris Charles of Creative Silence (who did the photography and design for ManMade and also later for Tales From the Land of Milk and Honey). I packed my car full of clothes and started to make my way down one of my least favorite freeways -- that damn I-95. For those who travel through Maryland and Virginia via 95, y'all understand the 24/7 traffic delays in and around Fredericksburg, VA. Well, in this instance add in a snow storm on top of all that confusion. HEAVY flakes started coming down once I hit this area, which was wack as shit because I thought I had left my house early enough to miss the storm. Thankfully, I only had to deal with heavy snowfall for about a half hour to 45 minutes. The remainder of the drive was pretty much smooth sailing.

Once I made it to NC, I checked in to my hotel and sped over to Chris' studio to knock the photo shoot out. As soon as we wrapped that up, I grabbed some food with one of my best friends and former college roommates, then he and I made our way to Phonte's studio because he was telling me that he had an idea for a song that he wanted to try and get out. We ended up getting to his spot at around midnight and the three of us caught up for a minute until my boy had to bounce. At that point with the day already being as long as it was, I wasted no time sitting down on the keyboard so that we could get some work done.

Now, Phonte and I have a bit of a history with writing songs at the keyboard/piano. The first time it ever happened, "If I Could Tell You No" from my SunStorm album was the result. The second time, the song ended up becoming The Foreign Exchange's "Fight For Love." The third time, we came up with what would become the title track for my latest album, ManMade. And the FOURTH time birthed +FE's "Listen to the Rain" from Love In Flying Colors. So we definitely knew there was a winning songwriting formula there with the track record being what it is. From there, we began working on the second of the three songs from Tales that did not originate from the two studio marathon blocks that Nicolay and I recorded the bulk of the music in. The entire session started with me saying: