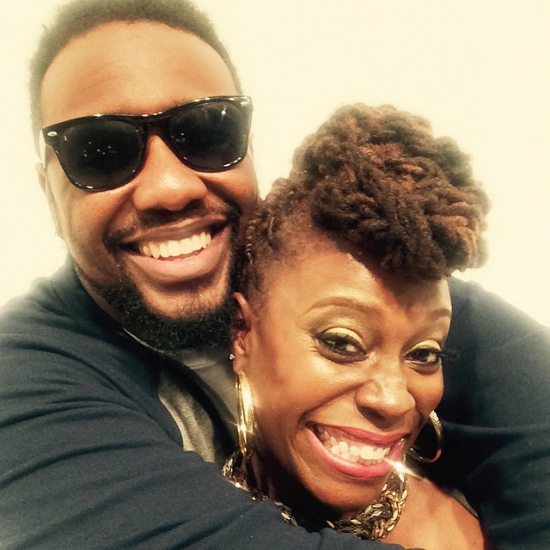 From those original two chords that we had, Nic got on the Yamaha Motif and expanded the main groove progression from two to four chords. Once he did that, the song felt like it was getting somewhere now that it had some legitimate movement in it. I hopped on the Rhodes and wanted to see what it would sound like if I decorated the music with some arpeggiated chords on top (that's exactly what you see me doing in the video while holding the camera). From there, I got back on the Little Phatty board to record the bassline I had figured out earlier. The problem was, the original bassline I had was for a two-chord progression and not the four chords that we were now working with. Therefore, I needed to come up with something different. Once I locked in on a new bassline, I recorded it and played it all the way through accompanied by the already recorded piano parts  -- that is until the very end when the pianos stopped. At that part, I went straight to C and on instinct started playing and riffing in C minor. Just like that, we had a second part to our song. We were jokingly referring to that change as the "Marvin" change because it reminded us of how Marvin Gaye songs ("What's Going On," for example) would go from an uplifting tone to all of a sudden stopping on a dime and nosediving directly into a darker almost thought provoking and emotionally thick minor progression. THAT was the part we couldn't wait to hear vocals on because we knew it was gonna be crazy. And then we got an email back from Phonte that read:

We KNEW what the deal was. I loved what happened on this track vocally because it allowed Tamisha Waden to GO IN. On "Truce" she was somewhat subdued, which of course worked for the track. She got to do some hollering on "Work It To The Top" but still in more of a background vocal capacity. This was the song where she was literally vocally unleashed. We had all heard her on stage, we all know her capabilities and that her roots are in that chuuuuuch, but this was the song that took her over the top. Tamisha was able to step out there, flex her muscles vocally and let loose. I can remember hearing the song for the first time and literally yelling out loud, "Yeeeeeeeeaaaaaaaaah!!!!!!!!!!" Once finished, it served as a PERFECT "part two" to "Milk and Honey" -- still very uptempo, lively and lacking verses in order to keep the energy going as more of a vamp. Hearing all of the new percussion and accents Nic added to the song also added plenty of movement and bounce to it. We were getting closer to completing this project and I was feeling more proud and anxious by the DAY.