Tamar Braxton Reels In The Truth On ‘Catfish’ 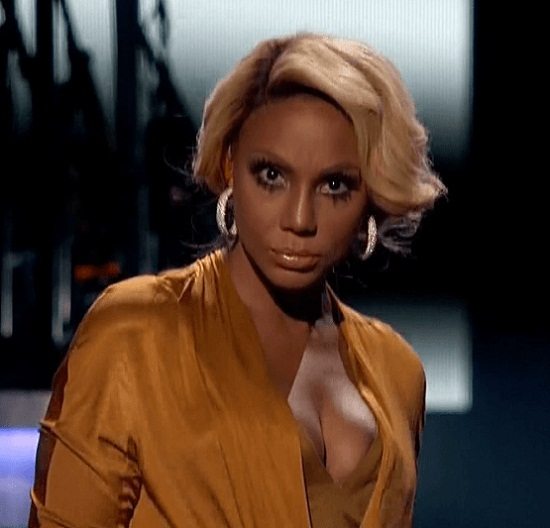 Folks these days wanna act brand new, but Tamar Braxton's latest has a few words of truth for those who want to front. The singer, who recently announced that she'd be appearing on the upcoming season of Dancing With the Stars, blows up a few spots with her latest Calling All Lovers single "Catfish."

It seems that a fella from Tamar's past has been flexin' about who he really is, so she calls him out on this Polow Da Don-produced throwback jam. With elements reminiscent of some our favorite '90s jams, specifically drums that recall SWV's jam "Right Here," Tamar spills all of her ex flame's tea. She lists the many faults that her former beau possesses, including Tamar paying his bills, putting a roof over his head and generally being down for him. But since he wants to act brand new, she lets him know there ain't no future in his frontin' with her chorus. "Baby I know the real you / She's finna know the real you too." Welp.

Along with releasing the new single, Tamar also revealed the album cover and tracklist for Calling All Lovers. She also let it be known that the new set would be dropping on October 2nd, putting it in direct competition with Janet Jackson's comeback Unbreakable. We can't wait to see how that pans out. Check "Catfish" right here and then dip below for the Calling All Lovers tracklist.