There’s ‘No Doubt About It,’ We’re Ready For Some New Music From ‘Empire’ 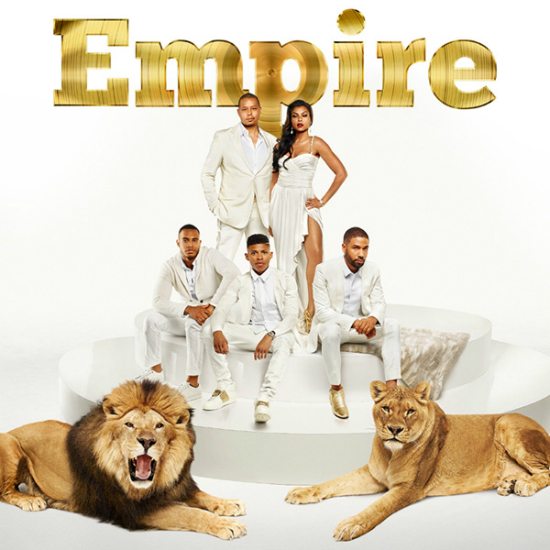 With the fall premiere of our favorite musical family drama Empire right around the corner, the good folks at Columbia Records have decided to share a little bit of what the Lyon Brothers have cooked up for Season 2. Whether you loved or loathed songs such as “You’re So Beautiful” and “Drip Drop,” you can’t deny their catchiness and their influence on pop culture. Season 2 promises to be no different with the release of two new songs aiming to impact the airwaves and your Wednesday nights.

“No Doubt About It” featuring Jussie Smollett (Jamal Lyon) and Pitbull is a feel-good party starter. The duo dares you not to get “off the chain, off the glass, off the flip” and up out your seat with the easy, breezy  EDM and R&B hybrid. Ne-Yo’s influence as a member of the Empire musical staff  is very apparent. While listed as a co-writer on the track, his voice can be heard on the backgrounds. In fact, the track sounds like one of the already infectious collaborations between Pitbull and Ne-Yo, making it an easy choice to slip on the soundtrack.

While “No Doubt About It,” is all about partying and bulls**t, “Ain’t About the Money,” featuring Jussie Smollett and Yazz The Greatest (Hakeem Lyon) challenges you to get your priorities straight against a backdrop of evil empire drums. Jussie and Yazz show that their chemistry is still in tact as the brothers trade off verses and compliment each other’s styles like seasoned performers. The song has already been featured in the trailers for the second season and feels like an appropriate anthem for the Lyon Family.

With “No Doubt About It” and “Ain’t About the Money,” it sounds like this season of Empire will be just as fruitful and eventful as the last. And with a larger roster of musical guest stars, including the aforementioned Pitbull, Kelly Rowland, Alicia Keys, Mariah Carey, Patti LaBelle and others, there will be no shortage of surprises. However, we’ll have to wait and see for ourselves when the show makes its triumphant return on September 23rd and Empire: Original Soundtrack from Season 2, Volume 1 drops later this year.