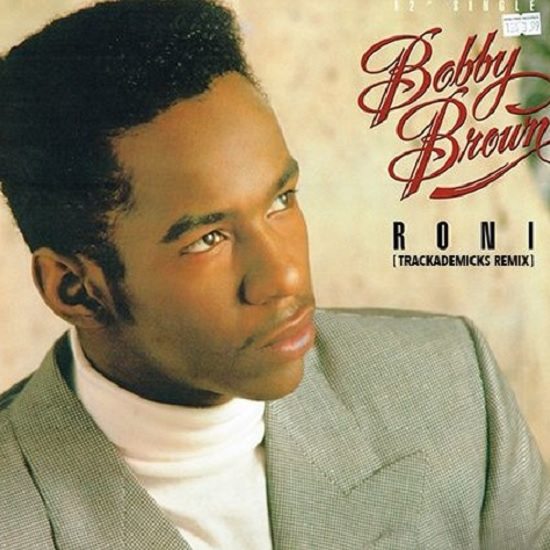 If you came of age in the '80s (or if you're just a lover of '80s R&B) then you're more than likely familiar with Bobby Brown's slow jam "Roni," as it was the soundtrack for many a school dance for years to come. Penned by Kenneth "Babyface" Edmonds, it was of Brown's biggest and best known hits. Perhaps feeling some nostalgia, Cali-based producer Trackademicks decided to dust this oldie but goody off and give it another spin, but this time with a fresh new gloss on it.

The producer, known for his eclectic production, doesn't just simply put a modern beat under Bobby's vocals, though. That'd be too easy. Instead, he doubles down on the sounds of the '80s and infuses "Roni" with a new wave sensibility. Synths are everywhere here, whether it be a squelchy bass line, those that soar alongside the piano during the chorus or the ones in the background adding a bit of atmosphere to the proceedings. They, along with the vocoderized backing vocals, give the song an '80s pop sheen — which, as we know, is making a sort of resurgence among the dance music crowd. Changing up the ballad's sound (and tempo) so drastically could've resulted in a hot, synth-y mess, but Trackademicks handles the song deftly, keeping  the soulfulness that made the song a hit while adding new layers to it with his choices.

If you want to hear a decidedly different take on "Roni," then you can take a listen to the track right here. After you're done with that, head over to Trackademicks' SoundCloud and pick up a free copy of the song to add to your collection.


TAGS:  babyface, bobby brown, trackademics
Previous: Morning Soul: You Can Laugh If You Like, You Can Cry If You Want Next: Big K.R.I.T. Gives Us Double The Visuals For ‘My Sub Pt. 3’ & ‘King Of The South’