All We Want For Christmas Is A ‘Braxton Family’ Album 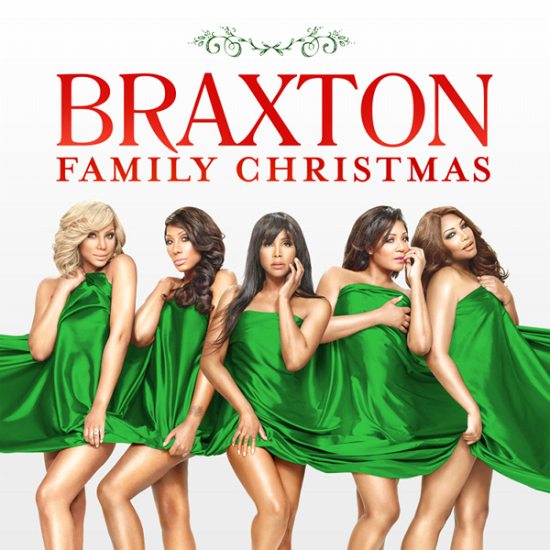 It's been a long time coming but it looks like tis the season (finally) for the Braxton sisters to gift us with an album. If you've been watching Braxton Family Values, you already know that working together cohesively on music has been a source of strain and struggle for the sisters. This season Toni, Traci, Towanda, Trina, and Tamar decide to give it another go in the form of a Christmas album and despite tantrums, disagreements and sisters storming out of recording sessions, it looks like we have a final product. Braxton Family Christmas will be the sisters' first group project in 25 years, effectively ending a collaborative music drought. The album will feature a few yuletide classics and a few original tracks including "Every Day Is Christmas." And just like the gift that the album could be for your loved ones this holiday, on the album cover the sisters are draped in a green sheath like they're the gift that keeps on giving.

While we're waiting for the new album, we're still keeping an eye out for the sisters' solo careers. Tamar has been doing the Salsa and Rumba across our screens on this season's Dancing With the Stars and playing host on The Real, all while releasing her latest album Calling All Lovers. Toni on the other hand has been on tour and also found the time to executive produce her own biopic based on her book Unbreak My Heart: A Memoir, with actress Lex Scott Davis playing the GRAMMY-award winning singer. While the solo careers are pretty exciting, the sisters can move mountains and sales together. The Christmas album is slated to drop on October 30th and pre-orders begin right around the corner on October 16th. Is all you want for Christmas a Braxton Family Christmas? If, so it looks like Santa thinks you've been good this year.