Columbia Nights ‘Glide’ Into Their Second Album, ‘In All Things’ 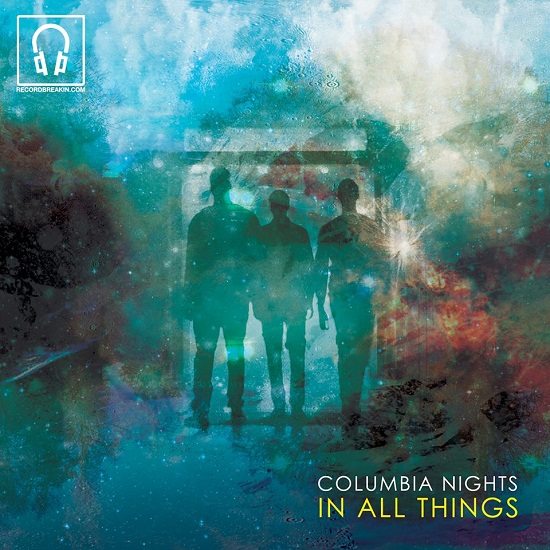 We're more than smitten with the sounds of Columbia Nights. It first started when we heard the group's cover of Little Dragon's "Stormy Weather," which led us to add them to our list of Bounce-Worthy artists. The love affair continued the release of their debut EP, Dawn | Dusk. Filled with their unique blend of soul, jazz and electronic sounds, the EP was a surefire winner in our books. And then the group took a long hiatus, though they did release a few glimmers of musical hope in the form of singles "All In" and "Hearts Aglow." But after a few murmurings and promises, the trio have finally returned to us with a brand new album, In All Things.

In All Things finds the crew, consisting of Hayling Price, John E Daise and Jason Edwards, further exploring the luxurious sounds found on Dawn | Dusk. However, there's is a slightly different energy here, which can perhaps be attributed to wide array of guests contributing vocals and music to the affair. There's jazzy number "Now" with Diggs Duke, chilled out R&B of "The Rhythm," which reunites them with frequent collaborator Sarai Adbul-Malik, the funked up Aaron "Ab" Abernathy feature "Coming Home" and the ethereal soul of "Ever Between" with B.jamelle, each bringing new and unique facets to the well-rounded set.

And then there's the project's lead single "Glide." Featuring the vocalist/violinist Vaughn Octavia, it's a cool, airy and refreshing slice of soul that feels like it could be the love child of records by Roy Ayers and Sade. With Vaughn's vocal floating among the fluffy clouds of bass, synth and keys laid down by the trio, it's hard for the listener not to immediately fall in love with what they're hearing.

In All Things is available to purchase now via Bandcamp. You can stream the perfection that is "Glide" below and head there to stream and purchase the album in its entirety.