Empire Watch: The Feds Is Watchin’ & Lucious Is Plottin’ 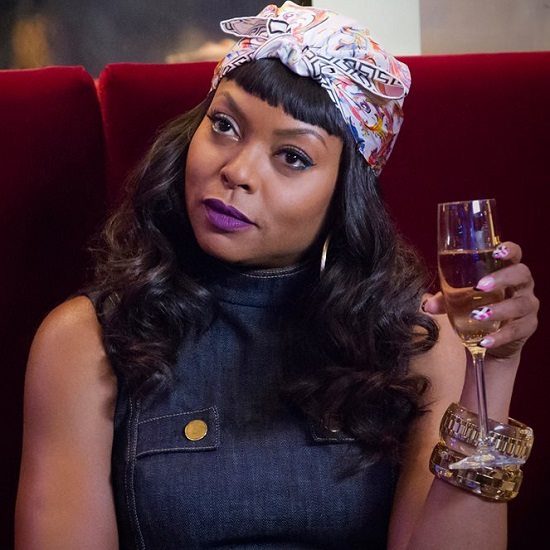 Last week's episode of Empire saw Lucious' return to the free world and resume his role as the HSIC (head snake in charge) of Empire. He wasted no time undermining Cookie & Co.'s Lyon Dynasty, ruining Hakeem's dream of creating a budget Mary Jane Girls by stealing the group's lead singer Valentina and buying up controlling interest in urban radio so that none of Lyon Dynasty's artist will get any radio play (no matter the legal ramifications if such a move was made in real life). Now that Lucious' snaky ass has flexed his muscle, does it spell the end of Lyon Dynasty? Let's dig into this week's episode and see.

The episode opens with Jamal singing a song that surprisingly doesn't sound like struggle while in the studio with a Rolling Stone writer, who happens to be profiling him for a cover story (as if). But while he is making sweet music in the booth, the FBI is raiding Empire's offices. Poor Becky can barely hold on to her platinum blonde weave as the offices are ransacked with little regard by the Feds (they even snatch her phone while she records!).  This news hasn't made it to the offices of Lyon Dynasty, however. Cookie, rocking her Betty Page wig and fly denim jumper, is entertaining a plea from Boo Boo Kitty to get back on the payroll while trying to dissuade a petulant Hakeem from fixating on going back to the drawing board with NoKenStef. However, when Anika breaks the news of the raid, Cookie automatically begins plotting on how she can let some of the wind out of Empire's sails. But before she can even get out of the door BOOM! POW! SURPRISE! The Feds kick in Lyon Dynasty's doors waving their .44s...well, really they just wave the warrants as it seems they're looking to get into the business of all the Lyons. So much for taking advantage of the moment.

Back at Chateau de Lucious, Prosecutor Ricky's Mama and her gratuitous cleavage decides to serve Lucious his warrant personally. Luckily for Lucifer...err, Lucious, shady-ass lawyer Thirsty just happens to be there from the previous nights nasty activities (note: Thanks to the writers for not putting that scene in the script) and warns him just before she comes storming through his doors. Instead of catching him unawares, Prosecutor Ricky's Mama catches him waiting on her sans drawers and with a big smile on his face. "Look wherever you like," he suggests as our collective stomachs turn.

The raid has Mimi Whiteman and Jamal a little shook and they're back at Empire suggesting that they shut down all new business while they figure out what to do about the situation. Lucious, however, is emboldened by the turn of events enough to break a condition of his bail by appearing in the Empire offices and claiming that the raid solidifies Empire's gangsta. Instead of backing down, they decide capitalize on the moment after a rousing speech from the snake oil salesman himself. The family also meets back at Leviticus (as they are the most we-don't-like-each-other-but-we're-still-gonna-hold-weekly-family-meetings family ever) and decides that they're gonna try to show a united front while the law cracks down or at least until they find Vernon and shut him up. As expected, the camera zooms on Andre, who we all know accidentally took out poor Uncle Vernon with a little help from his wife Rhoda and a candle stick in the living room (in some ways, Empire can be like a hip hop version of Clue). This, of course, causes Andre to dip slightly back into his crazy, but we'll get to that later.

Meanwhile, Cookie and Lucious meet at his offices to negotiate some type of truce. If Lucious promises to back up of of Cookie's artists and her masters (which he denies he was after in the first place, claiming Anika is a liar), then Hakeem will do the video for "Ain't About the Money" with Jamal. Lucious agrees in order to keep up the charade that they all get along, but he won't acquiesce on the radio front. They also have some cute banter about being grandparents, but we honestly don't care. Jamal, however, cares about the Rolling Stone cover, and he's back at his place with Michael and a scruffy eccentric photographer/artist to shoot the cover. The proximity of the photog and Jamal's enchantment with his work seem to be making Michael a bit jealous (and he might have a right to be, based on Jamal's behavior).

Across town, Lucious has a meetup with Andre to try and mend fences. It's all really orchestrated so that the show can show us another glimpse of Kelly Rowland playing Lucious' mother in flashback again. This time we see Lil Lucious sitting with his mom and a social worker as they try to assess if she's fit to raise her son on her own. Of course, she isn't, but they put on a happy face anyway. "I wanna stay with my Mommy," Lil Lucious says, and damn if we don't feel sorry for him. Present day Lucious tells Andre that he'll be there for his grandson no matter what and also makes time to throw some patriarchal bull into the mix after inquiring if the baby will be a boy. How sweet. But Andre, however, is laser focused. He offers to get the case against his Pops dismissed in exchange for a spot at Empire. Lucious says that if Dre makes that happen, he can have whatever he want, and we can only assume that Andre has some digging to do in his future. 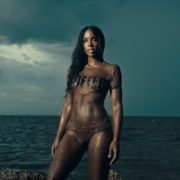 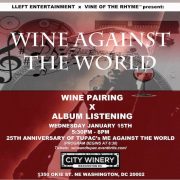