JONES Shoots For Love On ‘Hoops’ 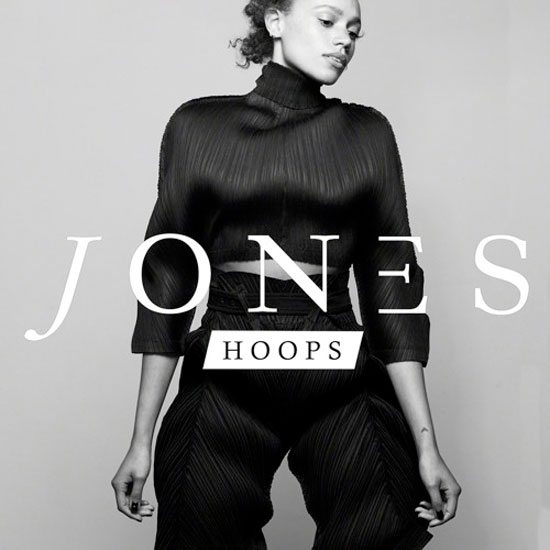 Bounce-Worthy artist JONES left an inedible mark on our hearts and our playlists when we first heard her debut EP, Indulge. The London-based singer bared her neo soul before us with smooth vocals and dulcet slow jams. Information on the emerging artist has been scarce, however, she has just released a new single, “Hoops,” produced by  XO and Josh Record, a song that expresses both the sadness and the hope of unrequited love.

The track begins with a somber, atmospheric Radiohead-esque soundbed of sparse guitar licks and synths, building to a bouncy uptempo groove for an explosive chorus of percussion and strings. Through lyrics such as, “Stone cold landing / I’m still where you left me / Crumbled story circles never ending,” JONES tells an engaging story that defies the song’s simple composition. We feel her apprehension, her infatuation, vulnerability and her powerful resolve. This is all brought together by her euphoric voice. The not-so-elusive chanteuse never feels the need to push her vocals to melismatic histrionics, giving us emotion and control instead of screeching and belly aching. Though she has a quote unquote “jones” for someone, she also has respect for herself and good taste.

“Hoops” will be included on her full length debut album, New Skin, which is expected to drop in spring 2016. If you want to hear more from the up-and-coming singer, we encourage you to indulge in her debut EP on SoundCloud and keep it locked here for more information on her new LP.