Kendrick Lamar Acts Out In ‘These Walls’ 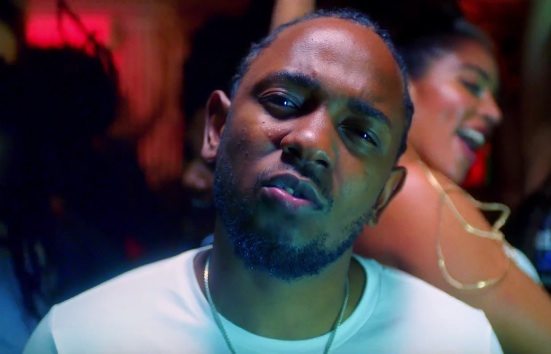 Kendrick Lamar may be on his Kunta Groove Sessions tour and giving us incredible live versions of “These Walls” and the rest of his To Pimp A Butterfly album, but that isn’t stopping him from releasing even more quality sounds and visuals. This week sees the unveiling of the official video for “These Walls,” and much like “For Free?” and “Alright,” it’s quite a piece of work.

The Collin Tilley-directed video opens with the title “Behind These Walls” and is listed as a black comedy. It finds comedian Corey Holcomb playing the role of a prison inmate who is sharing the story of how he ended up behind bars. As his story is told we see that Kendrick and his crew are getting it in at a motel where there's a party in every room. As the camera pans through the halls, we witness everything from domestic disputes to bad deals and card games gone terribly wrong with scantily clad and scandalous women throughout. During a break in the action, Terry Crews shows up out of nowhere talking hella s**t like a gangster about to smoke the next fool only to end up performing iHeart Memphis’ viral hit “Hit The Quan” with K.Dot for a talent show. When Corey finally shows up at the motel party we see him running up on Kendrick and finding him all up on his lady. But instead of confronting him, he daps him up and finds some other jawns to get up on until the police bust into this trippy motel and arrest him for hitting their car outside. It's all as crazy and hilarious as it sounds.

Knowing Kendrick, there is deeper meaning to all of this and the video ends with the familiar words "To Be Continued." Until he fills us in on the message behind the music video with the next episode, get into his “These Walls” visuals and grab your ticket to the Kunta Groove Sessions when it slides through your city.