Lianne La Havas Was ‘Unstoppable’ At Her Concert In Boston 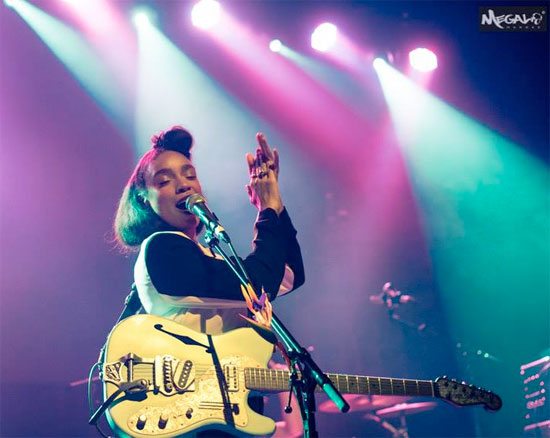 Lianne La Havas’ immense talent has made her one of the music world’s most sought after songstresses for good reason. Since the release of her first album Is Your Love Big Enough in 2012, the English musician has blown up internationally and has gained rightful recognition for her vocal prowess and songwriting skills. SoulBounce was lucky enough to watch her do her thing live at her show on Monday night when she graced Boston with her presence for only the second time in her entire career.

The show was held at The Royale, located right in the middle of Boston’s historic theater district. The venue’s size and classic beauty was a perfect fit acoustically for Lianne, and it had enough room to accommodate the huge mass of her devoted fans. SoulBounce was granted early VIP entry, but as soon as the doors opened for general admission there was a mad rush of people to try to claim a spot at the front of the stage. Luckily this SoulBouncer was able to get a spot in front for the show as well. Solo act Keenan O'Meara opened the show with simply an acoustic guitar. His soulful, haunting voice had the crowd in a trance as he sang his heart out about loss and love. Before leaving the stage, he gave a glowing introduction for Lianne, reiterating what everyone already knows about her as a person. “She’s incredibly talented,” he said, “But also so, so kind and humble.”

As soon as the lights dimmed, the crowd pressed forward in anticipation. Soon after, the band composed of backing vocalist Frida Mariama Touray, keys player James Wyatt, percussionist Jay Sikora, bassist Adam Prendergast and guitarist Cameron Miller, took their places on stage. They began the opening bars for “Green & Gold” and Lianne's fans started to scream. Soon after, Lianne La Havas ascended to the stage, looking beautiful and fabulous, framed by vases of the same Bird of Paradise flowers that grace Blood’s album cover. Once she began to sing, it was all over.

There’s something about seeing a vocal powerhouse live that is an experience like no other. It leaves you in awe and disbelief and it touches your soul. As Lianne sang through most of the songs from Blood, including “Midnight,” “Unstoppable,” “What You Don’t Do” and “Never Get Enough,” it was easy to see the tremendous impact her music has on her fans. Of course, the crowd was moving and dancing along to the music, but the heavy emotional investment they have in Lianne’s work as an artist was clear from the looks on their faces and their perfect recital of her lyrics. Her performance had the crowd looking the way people do in church, when the music touches them at a deep, spiritual level. Besides this, Lianne’s stage presence was on point. She was dancing in seven inch platform boots, while singing and playing guitar. Not only did Lianne play guitar, she also blessed the crowd by showing off her affinity for bass guitar when she opened “Green & Gold.” She truly is an artist of many, many talents.

Lianne has said that Blood is an album that’s partially about her return to her roots but also about her growth as a woman and an artist. Her on stage presence was a perfect testament to this; her confidence was sky high, though she remained incredibly sweet and humble when she addressed the crowd. “You’re making me shy,” she said with her signature smile when fans screamed out how amazing she looked between song changes. Other than tracks from Blood, Lianne played songs from her first album such as “Is Your Love Big Enough” and “Lost & Found." At first, it looked as though the show was over with “Never Get Enough,” but Lianne came back out and did an encore performance. She didn’t do just one song, but three more. The first two songs, “Elusive” and “Age,” were performed by just Lianne and her guitar, just as she started out when her EP dropped in 2012. 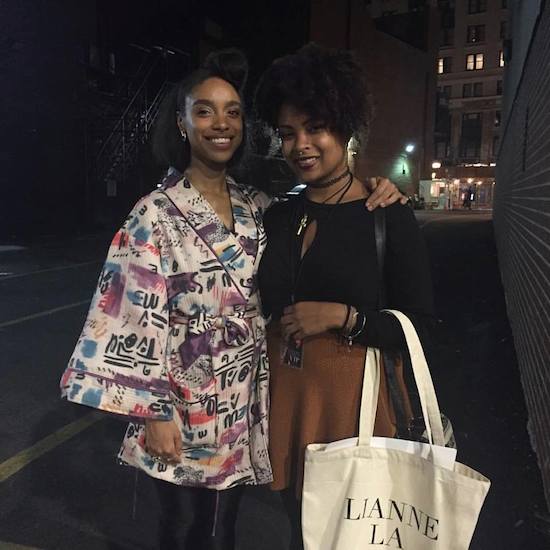 SoulBounce was lucky enough to meet Lianne La Havas after the show. A large crowd of dedicated fans congregated out in the back of The Royale, hoping to catch a glimpse of her as she left. SoulBounce and the fans got much more than just a glimpse. Lianne stood and greeted every single person in the crowd. She gave everyone a hug -- not one of those quick one armed hugs, but one of those warm, full bodied hugs that you give someone you love after you haven’t seen them in a while. Her appreciation and dedication to her fans was clear as she stood in her heels, greeting and talking with all the people in line after spending hours on stage. She didn’t cut out early and she didn’t leave until she had met the very last person who had waited outside to see her.

Lianne La Havas’ show was much more than a good time, it was a spiritual experience. After seeing her live, it's easy to see why so many of her fans feel as though they have a personal connection with her, not only because of her music but because of the loving and humble glow she has. If you’re able to, try to catch Lianne La Havas live as she continues to tour the United States. She is certainly an “Unstoppable” force.