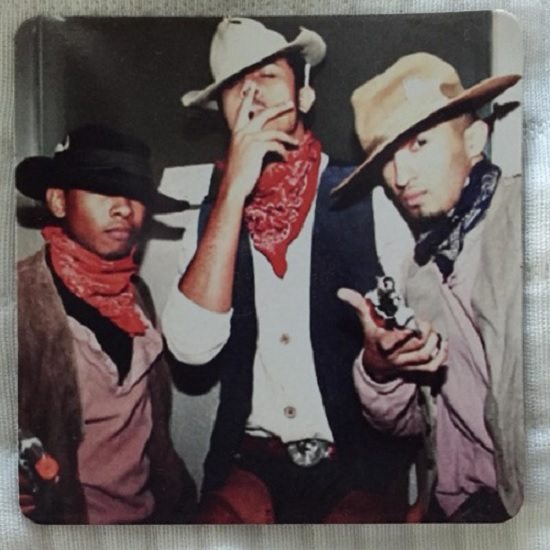 The year was 1999. Teen comedies ruled at the movies, Bill Clinton was still president and Cash Money was taking over for the '99 and the 2000. It was also the year that a young singer named Miguel Jontel Pimentel turned 14. These days, he's simply known as Miguel and he decided to give us a taste of his beginnings by dropping a previously unreleased track from those days title "U R On My Mind."

While he's all about blending slick R&B and rough-edged rock these days, it seems that back in '99 he was on his neo soul tip. "U R On My Mind" is smoothed out with the lush Rhodes chords draped over hip hop-inspired programmed drums provided by the track's producer, Anthony Williams. After featured guest Blu, who was also an up-and-comer in '99 it seems, drops a lovey-dovey 16, a much more subdued Miguel sings to the lover whom he can't stop talking about. Being that this is early in his career, some of his signatures are absent. The falsetto that made ladies swoon on "Adorn" isn't used at all, with the singer instead staying in a lower register. While we love the current incarnation of Miguel, it's always fun to look back and see where he started from.

If you're curious as to what Miguel was cooking up in '99, you can take a listen to "U R On My Mind" right here.


TAGS:  anthony williams, audio, blu, miguel
Previous: Morning Soul: That’s The Only Time I Get Sentimental Next: SoulBounce’s Class Of 1995: Jodeci ‘The Show, The After Party, The Hotel’