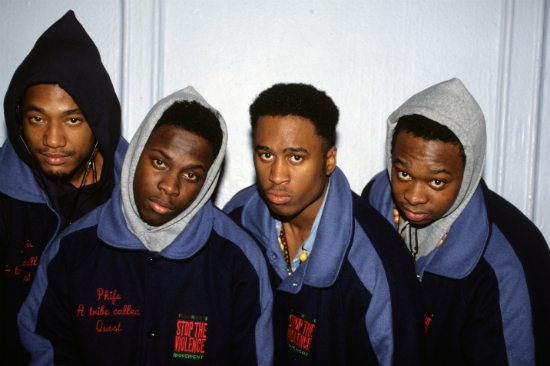 Debuting just a mere 25 years ago , A Tribe Called Quest are today considered legends in the rap game. The Queens, NY-natives helped pioneer alternative hip hop or backpack rap in the early '90s, shaping the words and sounds of many of our favorite artists. One such person, who is a legend in his own right is Pharrell Williams. In honor of the 25th Anniversary of their debut album, People’s Instinctive Travels and the Paths of Rhythm, the N.E.R.D front man has remixed the popular the group's signature track “Bonita Applebum.”

Pharrell’s take on “Bonita Applebum” is and isn’t what you would expect. What does that mean? Well, it means that the music is squarely in Pharrell’s wheelhouse, specifically in the earlier part of his career, with the more sparse, atmospheric synth sounds, electronic flourishes and his standard drums. Think his early work with Kelis or N.E.R.D’s In Search Of, instead of say Kendrick Lamar’s “Alright” or his own "Come Get It Bae.” It sounds like something a young Pharrell, still trying to live up to the heights of his heroes, would create without any idea that he would one day stand higher on the shoulders of these musical titans.

In addition to Pharrell’s remix of “Bonita Applebum,” the 25th Anniversary edition of People’s Instinctive Travels and the Paths of Rhythm will also include two other new trucks, such as J. Cole’s remix of “Can I Kick It?” and a new version of “Footprints” featuring CeeLo Green. There will also be the original 14 tracks that made Q-Tip, Phife Dawg, Ali Shaheed and Jarobi White rap royalty re-mastered to sound good on your digital hi-fi, as a good replacement for your scratched up original CD that came in a long box or blast from the past for the few of us who may not have been alive to check for the classic the first time around. You can get your nostalgia on when the new set drops on November 13th. Pre-order it now on Amazon or iTunes.