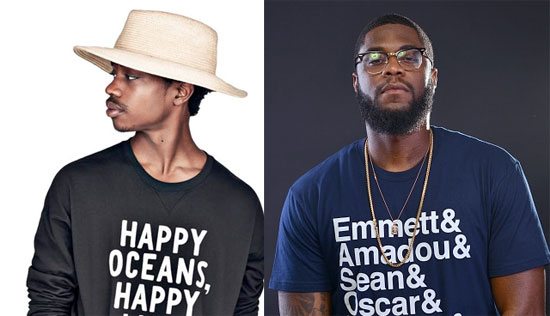 If you're looking for something deep to fall into, look no further.  Atlanta musician Raury just released "Forbidden Knowledge," another single from his upcoming album, All We Need. Raury enlists support from his fellow Southern brethren Big K.R.I.T., and the result is a hypnotic track. Full of conscious musings and funky sound effects, the rappers shed some light on issues that plague our society. "Forbidden knowledge is too great for a man / Think if man could read your mind / You think that man understands / How to use it with integrity / Not conquering land," raps Raury. Over an eclectic beat featuring funk-filled instrumentals and cosmic keys, K.R.I.T. steps in to impart his thoughts, fully equipped with his southern twang. You'll want to play the track a few times not only to rock to the percussion but to really get into what the two emcees have to say.

Now that he's in promo mode, recently dropping "Friends," Raury is taking his show on the road. You can catch the ATLien on his Crystal Express Tour and find out when he'll be in a city near you when you scroll down. You can also head on over to iTunes to pre-order Raury’s All We Need, which will see the light of day on October 16th. You only have another week to wait but while you do that, listen to "Forbidden Knowledge" right here and let us know if you like what Raury and Big K.R.I.T. are trying to teach.