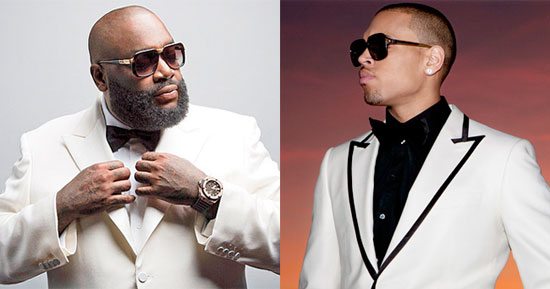 Rick Ross and Chris Brown have joined forces to pen an apology anthem for all of the repeat offenders like them. With Ross’ Black Market album on the way, the “Aston Martin Music” rapper is deciding to take some time out to showcase his softer side with a new song that he’s appropriately calling “Sorry.”

Ross and Brown take turns listing off the horrible things that they have done in past relationships in an attempt to prove that they really mean this apology. “I try to change but I’m always out f**king around in the club / Pieces of my love letter tore up from this breakup / My worst nightmare went right in my back,” Chris sings over this Scott Storch-produced slow jam.

If you keep up with either of these guys’ shenanigans in the blogs, you already know that they’re allegedly no strangers to cheating and inevitably failed relationships. If nothing else, “Sorry” finds them owning up to their wrongs and that’s a great start. Look out for Rick Ross’ Black Market album this December to hear what else the Maybach Music mogul has to offer this year.


TAGS:  "rick ross, audio, chris brown, scott storch
Previous: Janet Jackson Is Solid As A Rock With Her ‘Unbreakable’ Return Next: Alex Isley Tries On The Cardigans With A Cover Of ‘LoveFool’